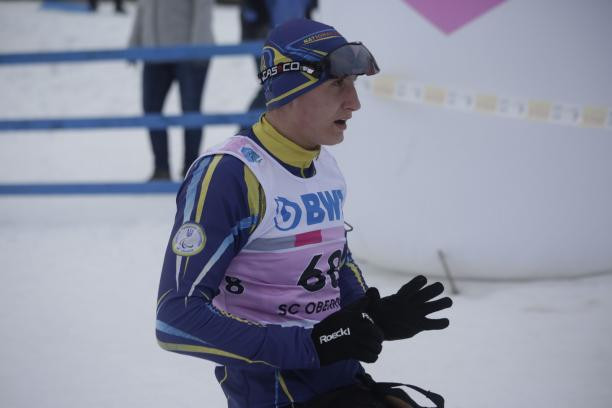 Ukraine athletes continued to dominate the biathlon competition in Vuokatti in Finland during the final races in the Para Nordic Skiing World Cup season before the Winter Paralympic Games in Pyeongchang.

But missing the first World Cup in Canmore in Canada meant that overall titles remained beyond the Ukrainian competitors, despite their excellence over the course of the weekend.

In many cases, overall victory went to Russian athletes skiing under a neutral banner.

Rad - a triple winner at the last World Cup in Oberreid in Germany - overtook his rivals, including neutral athlete Ivan Golubkov, the eventual runner-up, in the final kilometres and being the only athlete in his category to shoot clean.

The achievement was not enough for Rad to make it into the top-three overall standings however.

Despite finishing out of the overall top-three, Ukraine’s Ihor Reptyukh completed an impressive performance in Vuokatti, adding long distance bronze to his victory from the sprint event.

Lukyanenko’s outstanding performance in Finland was enough to earn him third place in the overall standings behind neutral athletes Stanislav Chokhlaev and Nikolai Polukhin.

Today’s competition proved key in what had been a close fight in the women’s sitting rankings.

Oksana Masters of the United States, not competing in Vuokatti, dropped down to third overall.

In the women’s standing class there was a clean sweep for Ukraine today.

The win for Liashenko came too late to impact on the overall standing though, with neutral athlete Ekaterina Rumyantseva claiming the crystal globe.

There was more Sunday success for Ukraine in the women’s vision impaired, with Oksana Shyshkova and guide Vitaliy Kazakov securing a second straight win.

The finals are due continue tomorrow with cross-country middle distance races.