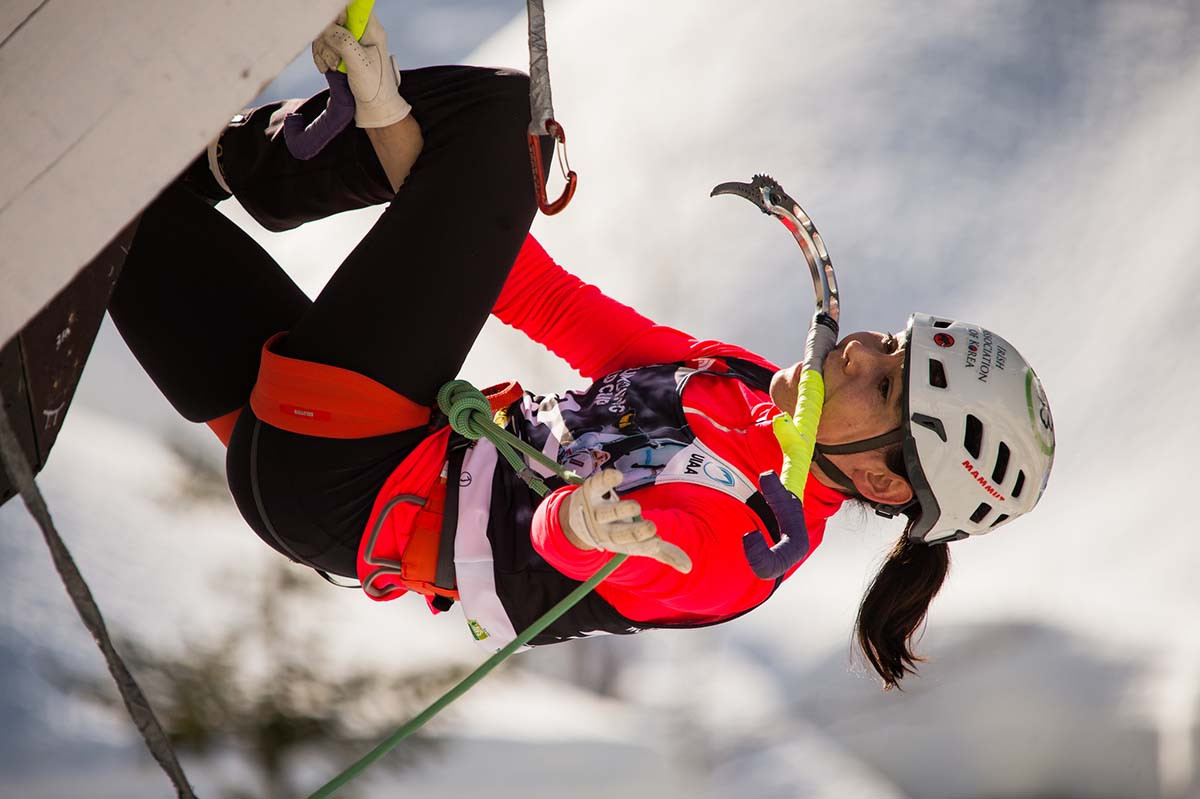 Shin’s compatriot Hannarai Song, winner of the first two of this season’s World Cup lead climbs in Saas-Fee in Switzerland and Rabenstein in Italy, was absent from this competition at this new, purpose-built venue in China.

As the final athlete to climb, Shin was set the task of topping the route in a faster time than Russia’s Maria Tolokonina.

Ireland’s Eimir McSwiggan earned a bronze medal, her first medal of the season.

Shin, the world champion, now leads the standings on 260 points with Tolokonina 50 points behind.

Song will have the chance to reassert her dominance next weekend in Cheongsong in South Korea.

Men’s lead gold medallist in the season opener in Saas-Fee, Russia's Alexey Dengin, was the star performer in the men’s competition, rectifying a disappointing weekend in Rabenstein.

Dengin was the only athlete to top.

Maxim Tomilov took a second silver medal of the season and Nikolai Kuzovlev bronze as Russians dominated the podium.

The leader going into the weekend, Iran’s Mohammadreza Korouyeh Safdarian, had to settle for fifth.

Safdarian’s lead is now just five points over Tomilov, with Dengin a further point behind.

In the women’s speed competition Russia’s Natalia Belyaeva claimed the gold medal after recovering from a first climb deficit to defeat compatriot Ekaterina Koschceeva by a combined 23.24sec to 23.54 in the final duel.

Maria Tolokonina took the bronze medal ahead of Alena Vlasova in another all-Russian affair.

Despite finishing fifth in Hohhot, another Russian, Ekaterina Feoktistova heads the overall rankings with a six point advantage over Koschceeva.

The men’s finals also witnessed the third different gold medallist of the season.

In yet another event dominated by Russians, Ivan Spitsyn defeated team-mate Maxim Vlasov 16.95 to 18.09 in the final - despite Vlasov’s stunning second climb of 8.02.

Victory for the 24-year old Spitsyn elevates him to second place, 18 points behind Nemov.