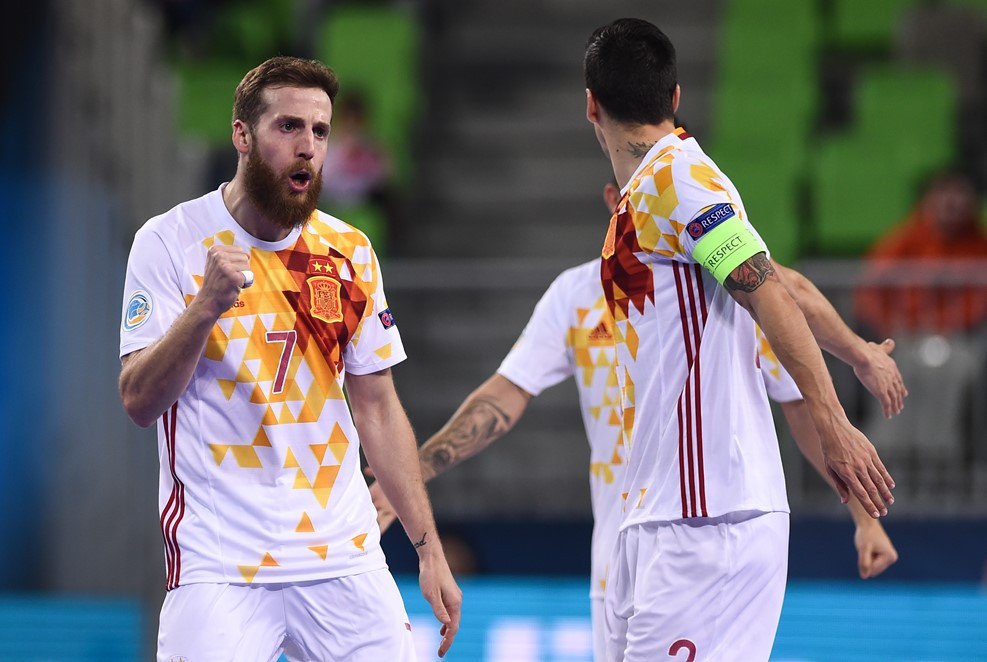 Spain recorded a narrow victory against already-qualified Azerbaijan to top Group D at the UEFA Futsal Championship at Arena Stožice in Ljubljana.

Pola’s 13th-minute strike in the Slovenian capital was enough for his side to pick up the three points required to top the group and secure their passage through to the quarter-finals at the expense of France, eliminated from the tournament on their debut.

The seven-time champions will now face two-time silver medallists Ukraine after they finished second in Group C following a 5-3 defeat against Portugal.

Tiago Brito's wonderful Marseille turn and finish was the highlight of the goals in a match where Portugal always looked comfortable.

The remaining two quarter-finals, which were decided yesterday are due to begin tomorrow with Serbia facing Kazakhstan and hosts Slovenia taking on 2016 silver medallists Russia.

The 11-time champions Iran thrashed China 11-1, in a match including a hat-trick from Hossein Tayyebi.

Iraq beat Myanmar 3-2 thanks to two goals from Waleed Khalid Fahem, including the winner.

In Group D Lebanon and Kyrgyzstan put themselves in the driving seats for qualification to the next round.

Lebanon defeated Thailand 5-2 to move top of the group and Kyrgyzstan sit second after a 3-1 win over already-eliminated Jordan.

Kyrgyzstan now face a crucial match against Thailand on Tuesday (February 6) whereas Lebanon will feel confident of going through as they go up against Jordan, scorer of just two goals so far in the tournament.

Both competitions are due to continue tomorrow.