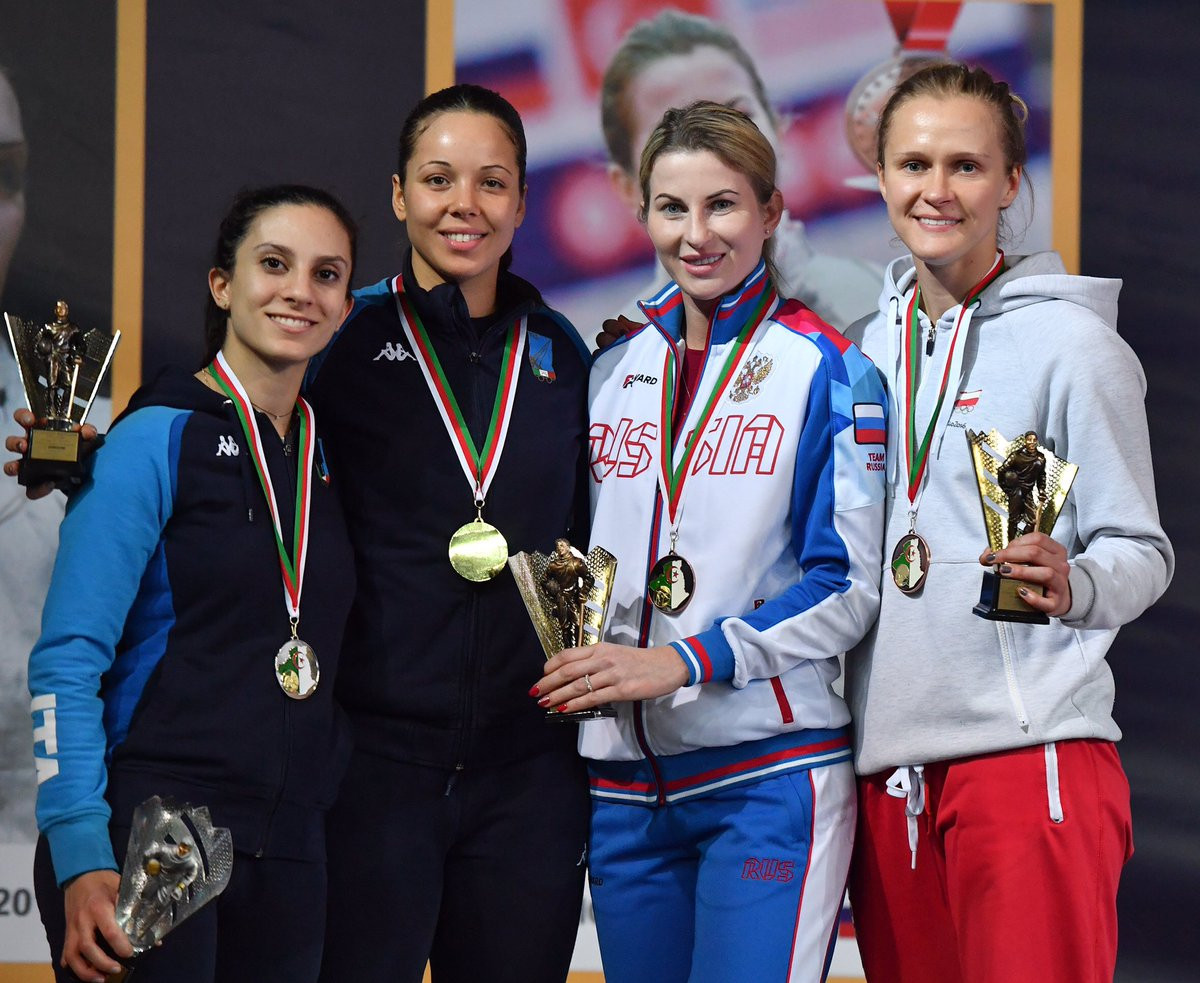 The world number two ranked foil fencer impressed throughout the competition, with her run including a dominant 15-3 quarter-final win over her compatriot Chiara Cini.

Volpi had a far more testing semi-final, with her clash against Poland’s Hanna Lyczbinska going down to the very final point.

The Italian secured the decisive point to win 15-14, setting up a meeting with Cipressa in the final.

Cipressa had earned an impressive win over Russia’s world champion Inna Deriglaszova in her semi-final, edging her opponent 15-10.

She proved unable to get the better of Volpi in the final, with the World Championship silver medallist emerging as a 15-6 winner.

Having previously won five silvers and one bronze at the FIE World Cup, Volpi was able to celebrate her first title.

Eli Dershwitz prevailed at the men’s sabre World Cup competition in Padoue, with the American coming through two tough matches in a latter stages.

He beat Italy’s Luca Caratoli 15-12 in the semi-finals, which saw him advance to a match against Hungary’s Aron Szilagyi.

The double Olympic gold medallist saw denied victory in the final, with Dershwitz securing a 15-12 success.