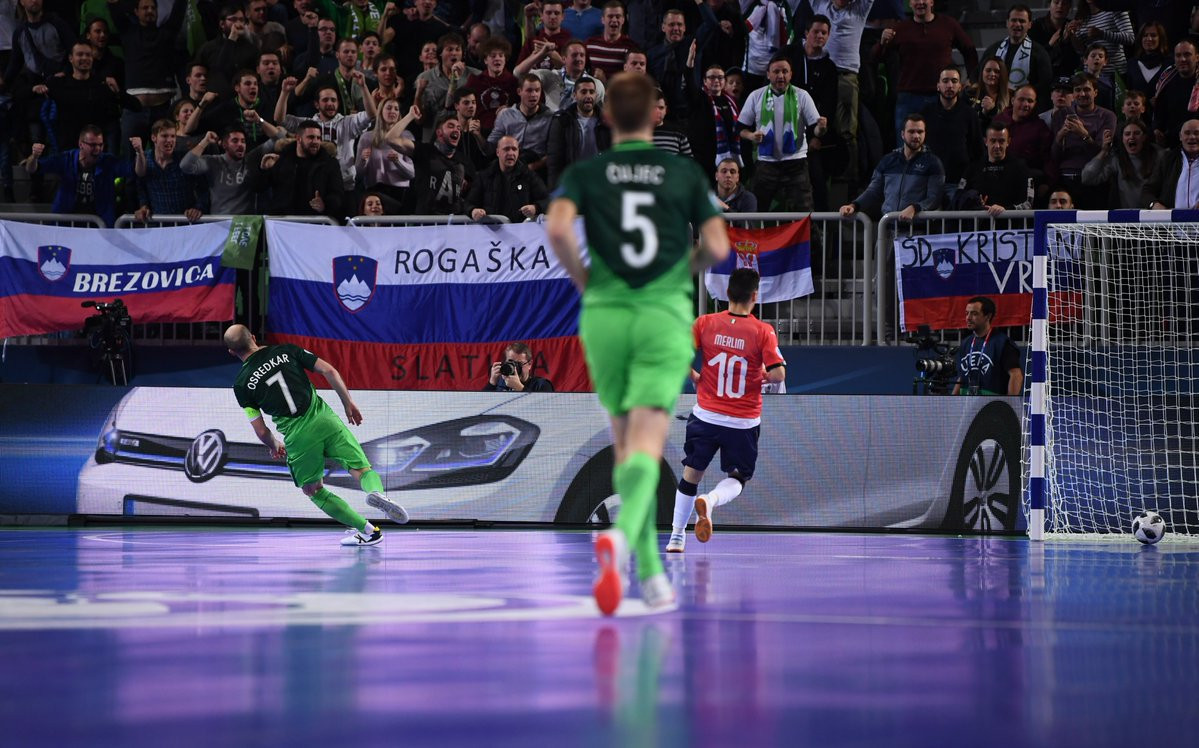 Hosts Slovenia and Russia managed to book their spots in the last eight of the UEFA Futsal Championship at Arena Stožice in Ljubljana.

Slovenia came out on top 2-1 in their final Group A match against Italy despite an early scare.

Humberto Honorio had put the Italians in front after just three minutes and it looked like Slovenia could fall at the first hurdle in their home tournament.

However, they gave themselves hope thanks to captain Igor Osredkar's goal on the 30-minute mark.

Osredkar then scored a dramatic late winner just two minutes from time to ensure his side topped Group A and qualified for the quarter-finals.

Russia put in an excellent defensive performance to claim a draw against Kazakhstan, who had already booked their place in the quarter-final.

Eder Lima opened the scoring for Russia within two minutes of the first whistle and his side managed to take this 1-0 lead into half-time.

Kazakhstan equalised shortly after the break through Douglas Jr, but Russia managed to hold on to a much-needed draw to ensure they finished in the top two of Group B ahead of Poland.

At the Asian Futsal Championship, Uzbekistan and Japan qualified from Group B with a game to spare with victories at the University of Taipei Gymnasium in Chinese Taipei.

Uzbekistan recorded a 4-2 victory against Tajikistan whilst Japan beat South Korea 5-2 thanks to four goals from Kaoru Morioka.

Hosts Chinese Taipei claimed a 5-4 victory against Malaysia at the Xinzhuang Gymnasium thanks to Lin Chih-hung's 39th-minute winner, sending them top of Group A.

Vietnam gave themselves an excellent chance of qualifying from the group with a 2-1 victory against Bahrain, although they are still behind Malaysia in second on goals scored.