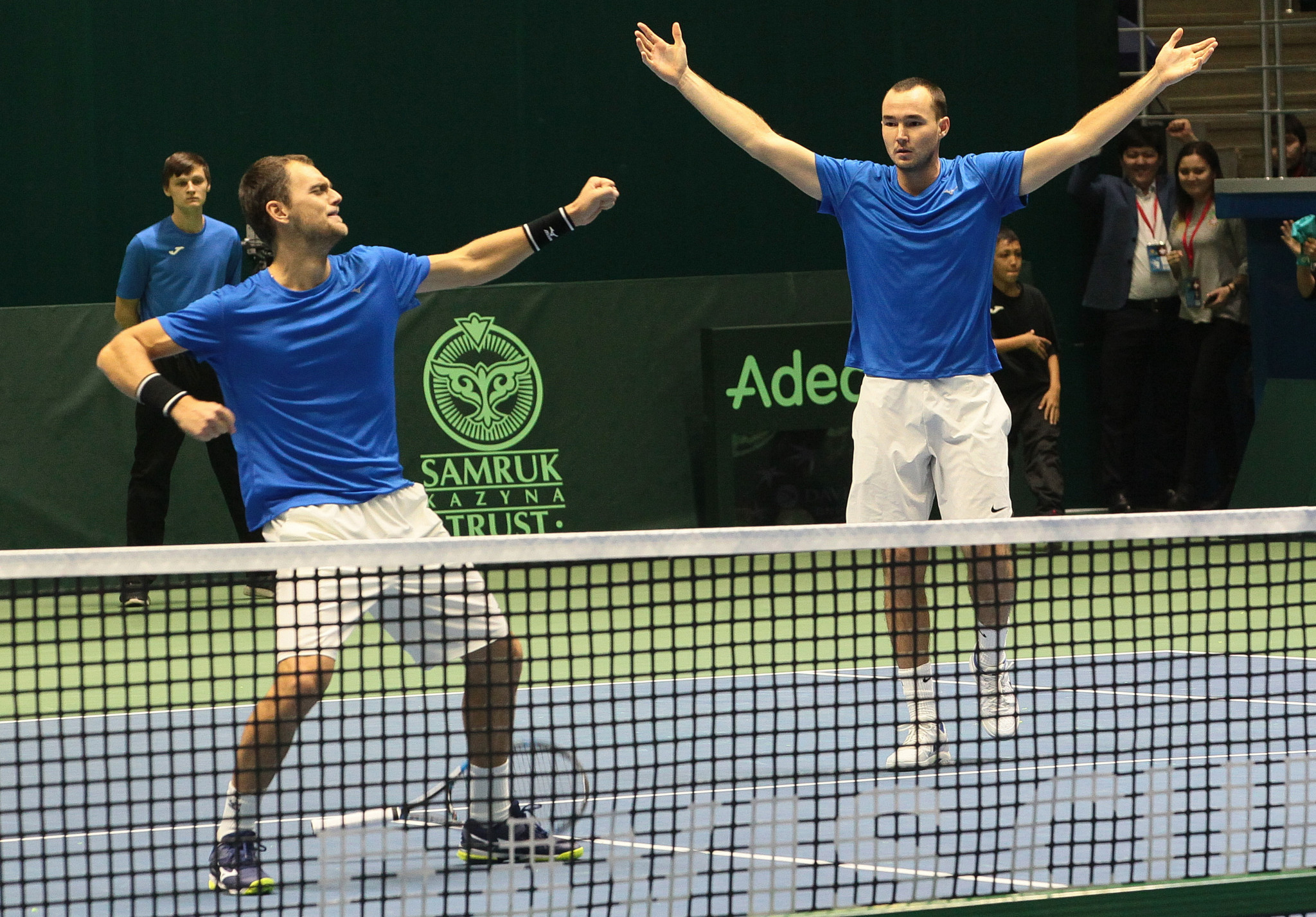 Kazakhstan and United States booked their places in the Davis Cup quarter-finals by wrapping up 3-0 victories in their World Group first round ties.

Both nations went 2-0 up after the opening singles encounters yesterday and moved into unassailable leads by winning today's doubles matches.

The Kazakh team knocked out a Switzerland side minus legend of tennis Roger Federer on their home hard courts at the Daulet National Tennis Centre in Astana.

They needed five sets to win the doubles rubber, however, after Timur Khabibulin and Aleksandr Nedovyesov squandered a two set lead.

American success came on away turf as they went 3-0 up against Serbia at the Čair Sports Center in Niš.

Serbia's top player Novak Djokovic, a 12-time grand slam champion, was not named in their line-up as he continues to battle an elbow problem.

Belgium also went into today's action with a 2-0 lead but a five-set doubles defeat to Hungary means they have not yet progressed.

The remaining first round ties were all poised at 1-1 going into today's play, with the winning countries edging ahead.

Italy took command of their clash with hosts Japan as Simone Bolelli and Fabio Fognini beat Ben McLachlan and Yasutaka Uchiyama 7-5, 6-7, 7-6, 7-5 on hard courts at the Morioka Takaya Arena.

Holders France also went ahead against The Netherlands thanks to a victory by Pierre-Hugues Herbert and Nicolas Mahut against Robin Haase and Jean-Julien Rojer, 7-6, 6-3, 6-7, 7-6 on Halle Olympique's hard courts in Albertville.

Elsewhere, Pablo Carreño Busta and Feliciano López put Spain ahead against Britain on the Club de Tenis Puente Romano clay courts in Marbella, with the hosts seeing off Dominic Inglot and Jamie Murray 6-4, 6-4, 7-6.

There was another five-setter in Croatia as Marin Čilić and Ivan Dodig came from behind to beat Daniel Nestor and Vasek Pospisil of Canada on clay courts at the Gradski vrt Hall in Osijek.

The remaining two singles rubbers in all of the ties are scheduled for tomorrow.