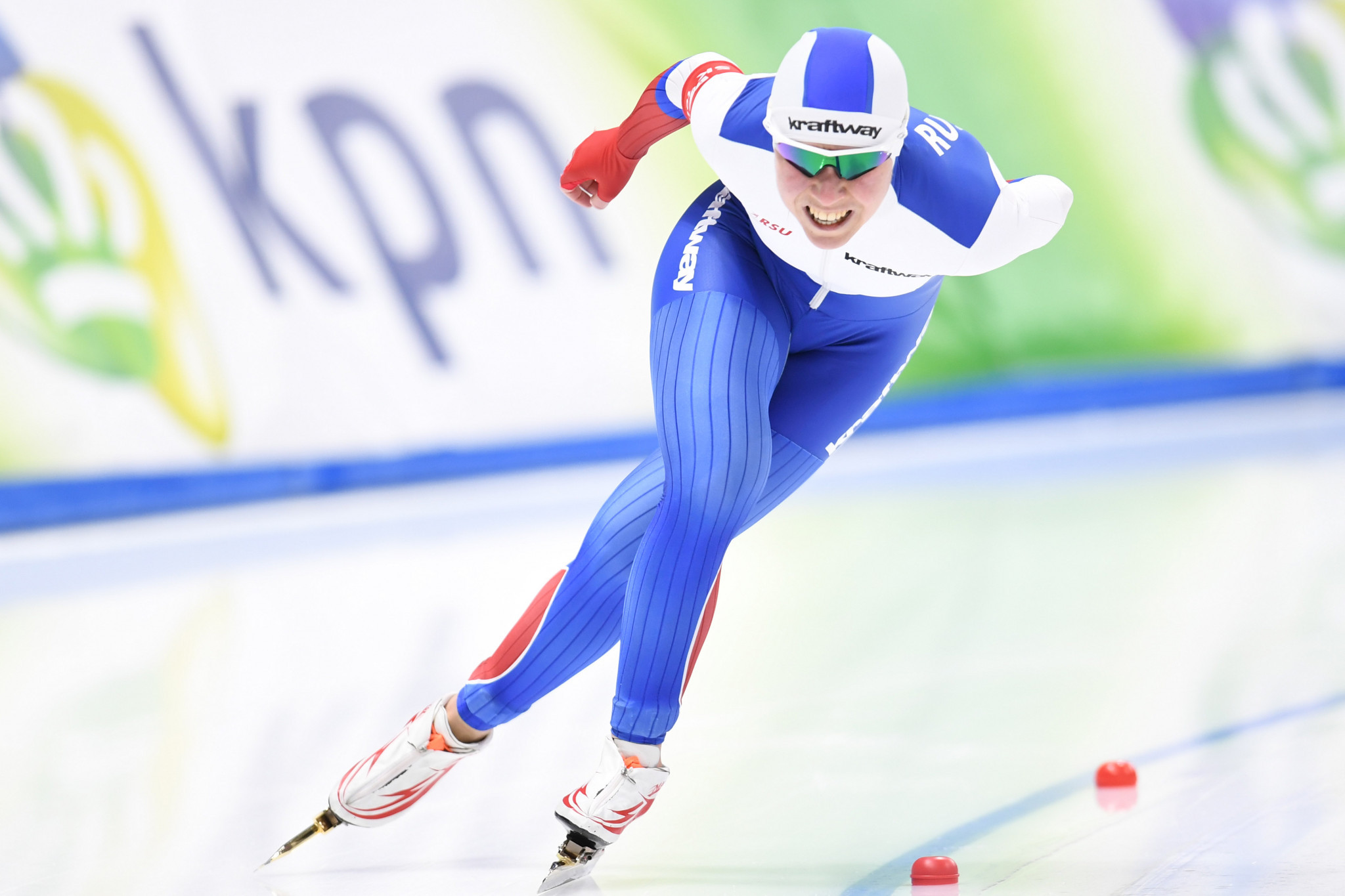 Speed skater Olga Graf has become the first Russian athlete cleared to compete at next month's Winter Olympic Games in Pyeongchang to reject an invitation to the event in protest at the country being forced to participate as neutrals.

Graf, who won two bronze medals at the 2014 Games in Sochi, is among the 169 competitors who were given the green light to take part on the "Olympic Athletes from Russia (OAR)" team by the International Olympic Committee (IOC).

The 34-year-old confirmed in a statement, however, that she would turn down the chance to participate in South Korea because the "majority" of speed skaters have been excluded, damaging her chances of winning a medal.

She claimed the decision from the IOC to only permit Russian athletes to compete as neutrals due to the "systematic manipulation" of the anti-doping system at Sochi 2014 was "discriminatory and degrading".

"I am glad the IOC Commission has recognised me as a pure athlete, which I am, but I am sad that more than half of the national team in speed skating did not receive invitations to the Olympics, which I also do not doubt," said Graf.

"As an athlete and as a citizen, I was extremely negative about the decision of the IOC to admit Russia to the Olympic Games under a neutral flag.

"Nevertheless, I was ready to defend the honour of the country even on these discriminatory and degrading conditions.

"But at the end of January we learned that the majority of athletes of our Olympic speed skating team will not be able to perform at the Olympics, which means all my hopes in the struggle for the Olympic pedestal will not come true because the sport has become a bargaining chip in dirty political games."

Graf is one of three female speed skaters on the approved list, along with Natalia Voronina and Angelina Golikova.

She was allowed to compete in Pyeongchang 2018 by the IOC OAR Invitation Review Panel, the body set up to decide which Russian athletes are eligible to participate at the Games.

Graf met the criteria laid out by the Panel, which was published last week after the delay in releasing the exact guidelines was criticised by a group of National Anti-Doping Organisations.

Any evidence of suspicious steroid profile values, DNA inconsistencies and irregularities of the Athlete Biological Passport was among the evidence to determine which Russian athletes can take part.

The IOC also confirmed the criteria used included the information in the Laboratory Information Management System (LIMS) database, obtained by the World Anti-Doping Agency (WADA) and shared with the IOC last month.

Any previous doping violation or being sanctioned by the IOC's Oswald Commission meant the athlete was excluded from the invitation list.