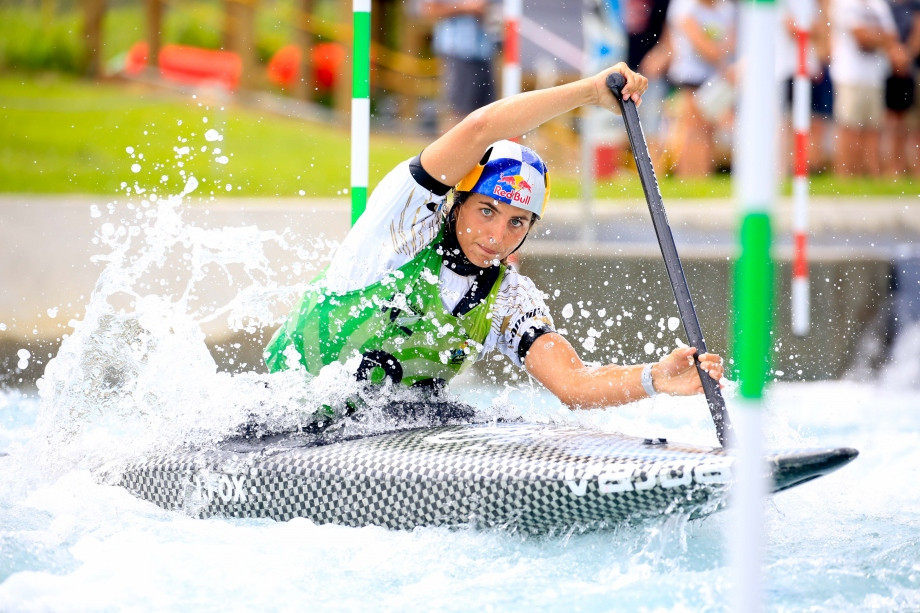 It was a good turnaround for Fox, a double Olympic silver medallist in K1, after she missed a gate in the women's K1 final 24-hours earlier to rule herself out of a medal.

"All in all I'm pretty happy with this weekend," said Fox, whose father Richard and mother Myriam represented Britain and France respectively at the Olympics.

"I was disappointed with the K1 but the speed was there - it was just some technical errors that cost me dearly.

"I put it behind me and came back well today and put down some good paddling in the C1."

Delfour held off defending champion Michal Smolen of the United States to win a tight men's K1 final, at an event where non-Oceania athletes were permitted to compete.

The top six men all posted clean runs, with Delfour's 88.89sec just 0.04 in front of Smolen, with Mathieu Biazizzo of France 0.39secs further back.

"I did the whitewater XL at the end of last year which was super-early in the season but it gave me more time on this course," Delfour said.

"It's one of the hardest courses in the world - it's not big but it's so technical.

"You've got to find balance and smooth paddling, which luckily suits me - I try not to paddle too hard, otherwise you just waste energy."