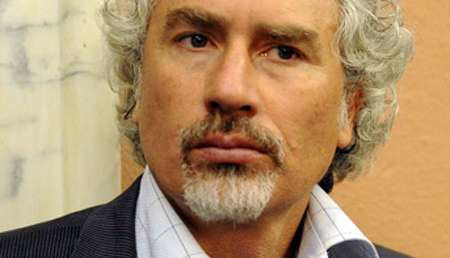 Pierluigi Fiorella and Giuseppe Fischetto were both found guilty by a court in Bolzano.

Bottiglieri, a three-time European Indoor Championships medallist and Mediterranean Games champion, was also fined €4,000 (£3,500/$5,000), although that was suspended on probation.

Fiorella, Fischetto and Bottiglieri were all found guilty of being aware that Schwazer was using illegal drugs before London 2012 but remaining silent.

All three punishments were more than Italian prosecutor Giancarlo Bramante had requested.

"The decision confirms that Alex Schwazer has told the truth to the judges, which is an important confirmation for us," the athlete's lawyer Gerhard Brandstaetter said after the verdicts.

Schwazer, the Beijing 2008 50 kilometres champion, returned to competition in May 2016 after serving a ban following a positive test for erythropoietinon the eve of London 2012.

The Italian had returned to competition following a three-and-a-half-year doping ban when he won the 50km at the IAAF World Race Walking Team Championships in Rome.

Soon after his return, though, it emerged that urine sample Sdhwazer had provided for a test on January 1 that year had been analysed more than three month later, using different methods which had detected the presence of an anabolic steroid.

All other tests conducted on Schwazer in 2016 had been negative.

He claimed the positive test was either tampered with or deliberately rigged to discredit him.

Schwazer was still given an eight-year sentence that he is currently continuing to appeal against.

Olympic figure skating bronze medallist Carolina Kostner also received a 21-month ban in 2015 for being complicit in the cover-up of Schwazer, her then boyfriend, before London 2012.