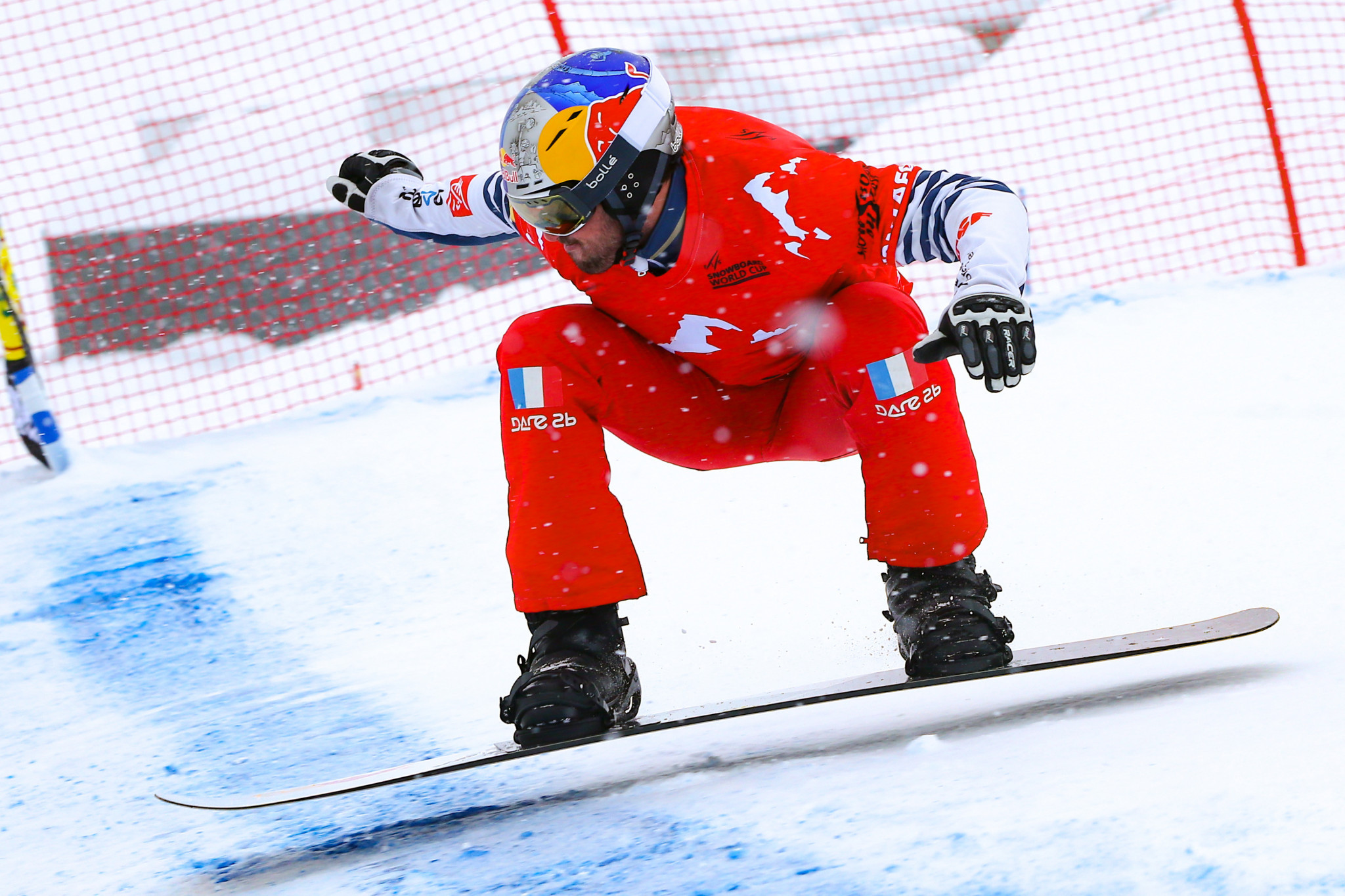 Vaultier led from start to finish on a spectacular 300 metre long straight in the Pirin Mountains featuring a number of rollers that allowed six athletes to compete side-by-side, but only got the decision by a fraction from Canada’s Christopher Robanske.

After two consecutive second place finishes over the last couple of weeks, Vaultier, also world champion, got back to winning ways.

In so doing he completed a notable French double following the earlier victory of 22-year-old compatriot Charlotte Bankes.

Second place was enough to lift Italy's Michela Moioli to the top of the overall World Cup rankings, with France’s Nelly Moenne Loccoz, the early leader, finishing third after staying in the air too long over the final kicker.

Vaultier also took over the World Cup lead, with 4,320 points, from today's fifth-placed Australian Alex Pullin, who now has 3,796.

"I had a couple of runs where I wasn't confident enough but I was able to deliver my best run in the finals, and that was luckily enough to end up first," Vaultier said.

Bankes showed admirable control of the board in the air and capitalised on her noted gliding skills to achieve her third World Cup win.

"You had to be in it right from the start."

Bankes added: "I did pretty good starts for me, starting a bit behind but coming back at the end.

"It's amazing to be back on top again. I'm very happy."

Being a goofy rider, Vaultier had noticed his rival Robanske on his left side who did charge from behind closing more and more of the gap to the Frenchman. And the Canadian

Robanske, who has suffered two disappointing years, almost passed the Olympic champion with his final charge.

"I couldn't see Pierre on my side, and as soon as I landed that jump I decided to throw my board as far forward as I could," he said.

"I had no idea where anyone was.

"For me, that was the hardest World Cup podium that I ever got.

"I have been in a hole for about two years so it feels good to be back on the podium and riding well.

"It's the perfect timing for Korea."

But before Pyeongchang, the FIS Snowboard World Cup tour will travel to Germany, where Feldberg is set to host a double World Cup event from next Friday (February 2) - effectively the final tests before the 2018 Olympic Winter Games.