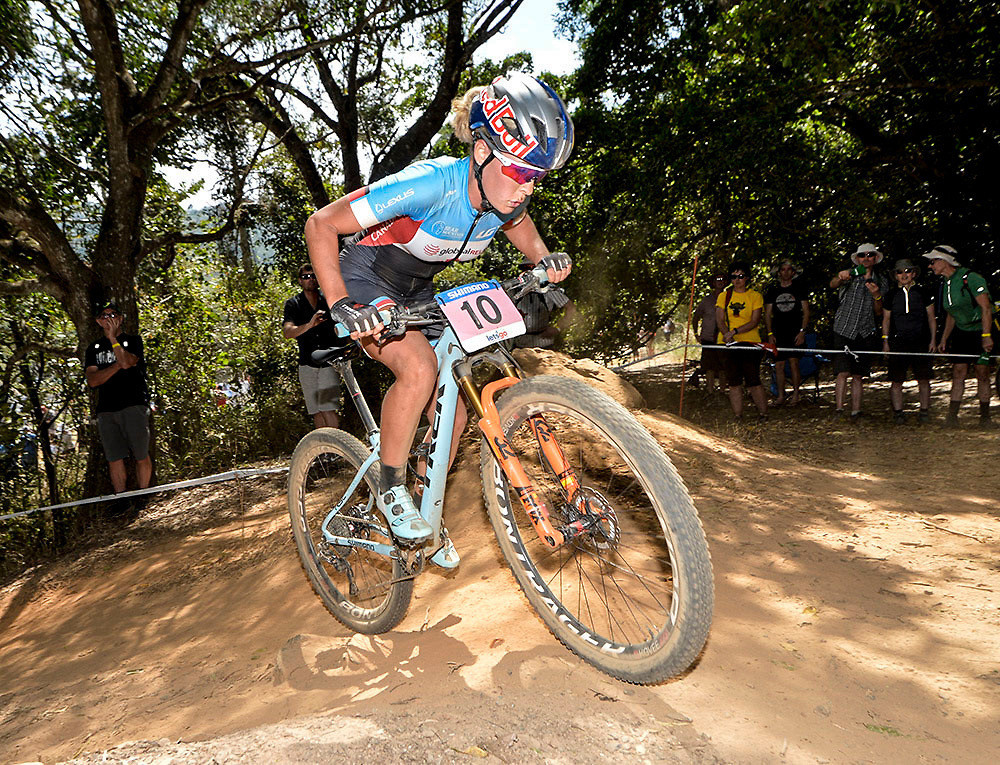 Canada, which won three medals in cycling at the last Commonwealth Games in Glasgow, has named a team of 18 riders for the Gold Coast 2018 Games in April - including 2014 mountain bike silver medallist Emily Batty.

The country has been a dominant force in mountain biking at the Commonwealth Games since it was introduced at Manchester in 2002, having won every gold medal in the women's competition and a total of eight of the 18 medals awarded.

Batty, the Pan American Games champion in 2015 who was fourth at the Rio Olympics in 2016, will be joined by rising star Haley Smith for the women's race, and Rio Olympian Leandre Bouchard for the men's competition.

Currently at a pre-season training camp with the national team, Batty said: "With the 2018 race season looming on the horizon, I come into the season with new motivation, and the Commonwealth Games will be a great race to begin with.

"I've made some major changes this year, and it will be interesting to see how some of those changes translate to racing and, in particular, a significant Games event."

The team pursuit and team sprint are new additions to the Games programme for women and for the first time in Games history there will be the same number of cycling medal events for men as for women.

Canada is particularly strong in the women's team pursuit, having won bronze medals at the past two Olympic Games, as well as a gold medal in World Cup competition this season.

The team will be anchored by Calgary's Allison Beveridge, a member of the World Cup winning squad and reigning national road champion.

The men's programme, while much newer, finished second to the world champion New Zealand squad in World Cup competition this season.

Chef de Mission Claire Carver-Dias added: "With three medals four years ago, and a returning medallist in Emily Batty on the team, our 18 Canadian athletes are bound to contend for top spots at the Commonwealth Games once again in Gold Coast."