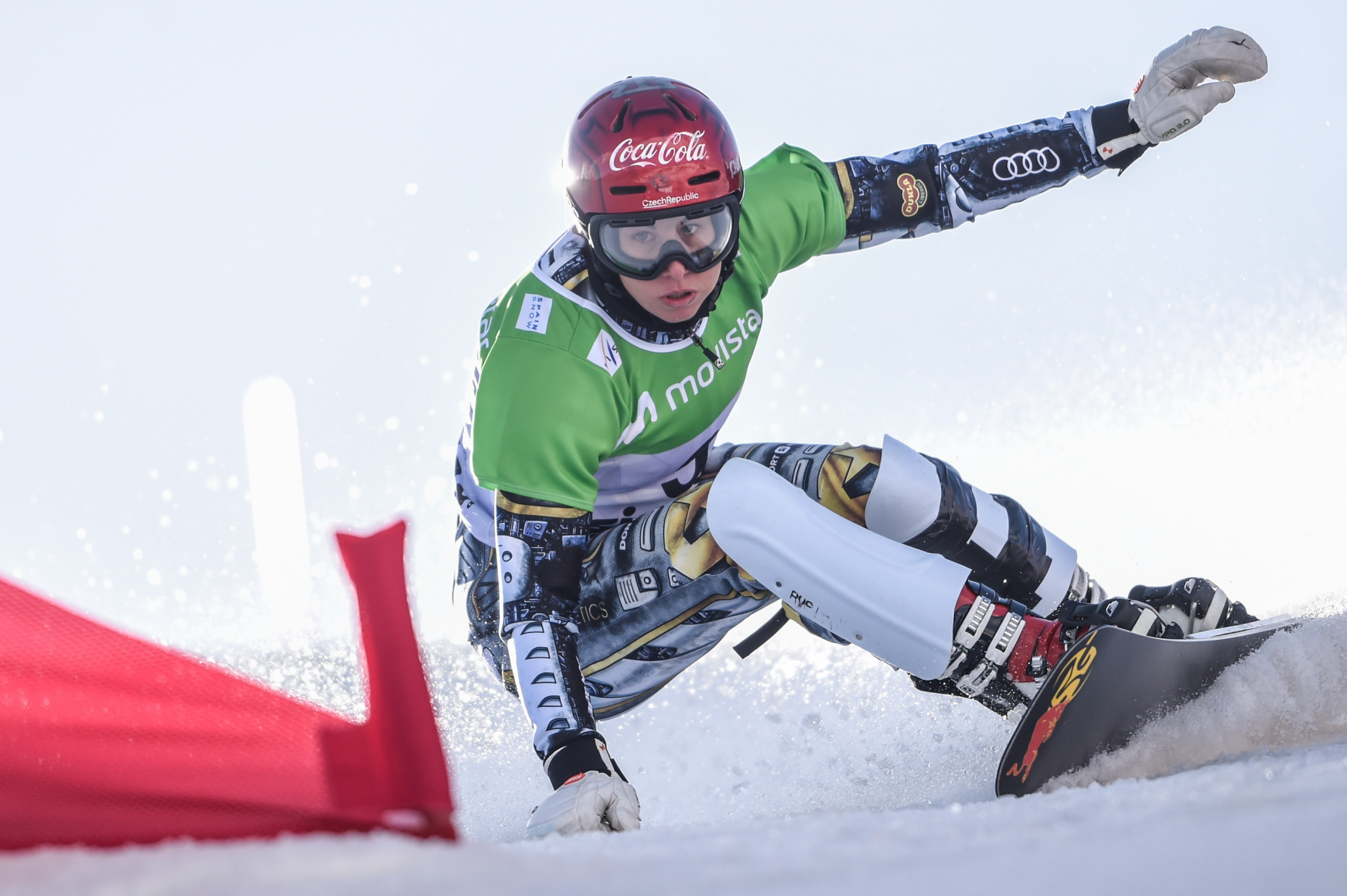 The Czech has won all five events she has entered in the Olympic discipline this season and saw off Germany's Selina Jörg in the big final at the Bulgarian resort today.

Ramona Theresia Hofmeister, who won a parallel giant slalom World Cup event this season only when Ledecká was absent through illness, took the bronze medal.

She secured a second German spot on the podium by beating Alena Zavarzina of Russia in the small final.

It was a case of what if for Hofmeister, however, after she built a lead over the Czech in the semi-finals before making a mistake.

"It was a great day," said Ledecká.

"I'm really happy that I was able to race again after being sick the last days.

"It was a lot of fighting today, and I'm happy that I was able to fight to the end."

Ledecká now has a huge 5,290 points to lead the parallel World Cup rankings, in front of Hofmeister who is well adrift in second on 4,130.

In the men's event, Canada's Jasey-Jay Anderson became the oldest-ever World Cup winner at the age of 42.

The Vancouver 2010 Olympic champion rolled back the years by beating Nevin Galmarini of Switzerland in the final.

"Now, with the boards finally getting better, I'm looking forward to the Olympics and something big," said Anderson.

Galmarini is the World Cup leader on 4,530 points.

For parallel riders it is a final chance to impress before the Winter Olympics open in Pyeongchang on February 9.