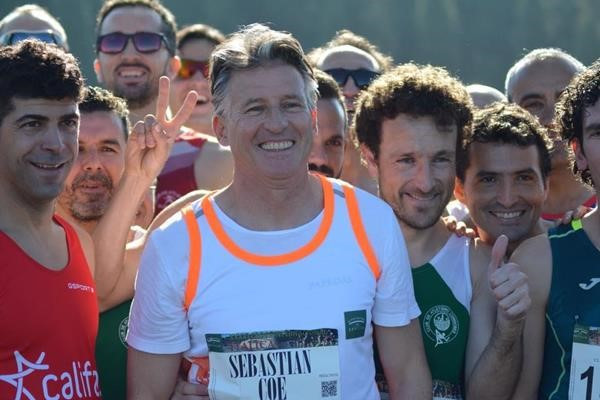 A more "extreme" and "edgier" version of cross-country running is being planned in an attempt to feature at the Paris 2024 Summer Olympic Games.

This was proposed following a meeting of the International Association of Athletics Federations (IAAF) Cross-Country Committee in Seville.

The panel, chaired by Germany's Otto Klappert, recommended the formation of a "competitive but more compact international series aimed at growing the discipline's popularity and reach".

Organisers of a number of regional and international cross-country events were part of the discussion of changes, it was announced afterwards, with hopes these will act as a "springboard for cross-country running's return to the Olympic programme".

"The 2024 Olympic Games in Paris would be a fitting time to see the return of cross-country to the Olympic programme," said IAAF President Sebastian Coe, who attended the meeting and participated in the Cross de Italica race held in the Spanish city on the following day.

Cross-country, a sport currently dominated by runners originating in East Africa, is already agreed to appear as a discipline at the 2018 Summer Youth Olympic Games programme in Buenos Aires.

It appeared on the Summer Olympic programme at Stockholm 1912, Antwerp 1920 and Paris 1924 but has not appeared since.

There have been calls in recent years for cross-country to feature at the Winter, rather than the Summer, Olympics - but there appears no realistic chance of this happening soon due to opposition from other sports.

New disciplines within existing sports at Paris 2024 will be chosen by the International Olympic Committee after proposals by the constituent International Federations.

The process would be expected to be finalised in 2021.

A challenge for any cross-country competition at the Summer Olympics would involve persuading top runners to compete in it as well as or instead of track or marathon events.

A more innovative course has already been proposed for the next edition of the biennial IAAF World Cross-Country Championships next due to be held in Aarhus in Denmark in March 2019.

The course for the event, set on and around the grounds of the Museum of Moesgaard, a Danish regional archaeology and ethnography museum, includes running across the museum's sloping grass roof.