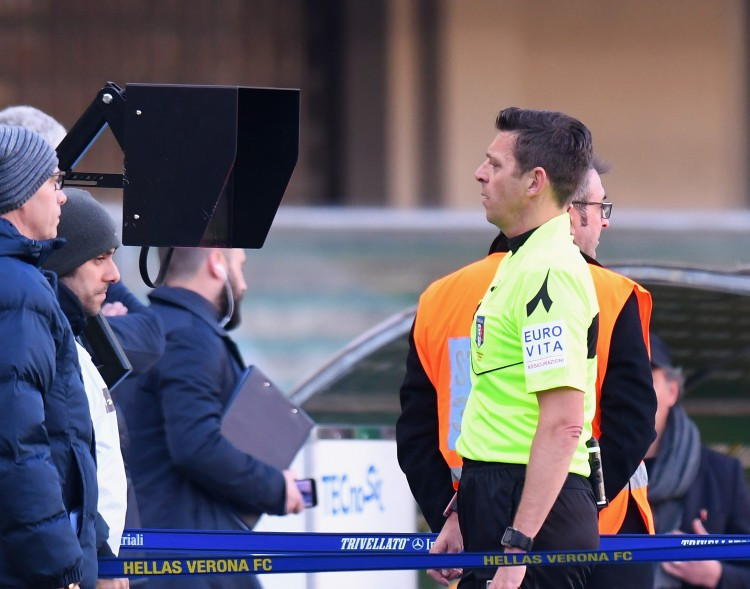 The International Football Association Board (IFAB) have claimed experiments with Video Assistant Referees (VAR) have proved "positive and encouraging", but said a decision on its future use would be made in March.

Use of VAR was the main focus of the IFAB's Annual Business Meeting in Zurich, with its potential use at the Russia 2018 FIFA World Cup remaining a possibility.

The IFAB, football's lawmakers, stated that statistical insights were presented at the meeting, which was chaired by Zvonimir Boban, FIFA's deputy secretary general.

It followed detailed analysis of their ongoing two-year experiment with VAR, which was carried out by KU Leuven University in Belgium.

It is claimed that 804 competitive matches have used VAR, with its use dedicated to correcting "clear and obvious error" or "serious missed incident".

VAR can only be used to determine whether there is a goal or not, a penalty or no penalty, straight red cards or incidents of mistaken identity.

The analysis found that the average accuracy of the reviewable categories was 93 per cent before the experiments, rising to 98.9 per cent with VAR.

More than half of the checks were for penalty incidents and goals, with an average of less than five uses per match.

It was found that VAR had a positive impact in eight per cent of matches, with an average of one clear and obvious error in every three games.

Of the competitive matches featuring the technology, 68.8 per cent were found have required no review.

Concerns have been raised over the time taken to use VAR, with critics claiming it could reduce the flow of matches.

It has been claimed the median time required for checks is 20 seconds, with the average time lost representing less than one per cent of overall playing time.

FIFA has consistently lauded the benefits of VAR, however, and is keen to introduce it at the World Cup.

This could be approved at the IFAB Annual General Meeting in Zurich on March 3, which will be chaired by FIFA President Gianni Infantino.

FIFA are reportedly set to enter discussions with sponsors, should the use of VAR at the World Cup be approved.

The IFAB also held discussions over their Play Fair! initiative and agreed on areas for initial or further testing.

A detailed report was presented regarding the two-year experiment of allowing an additional substitution in extra time, which has been conducted in various competitions around the world.

Any amendment to the Laws of the Game requires a majority of six out of eight votes.

The four British associations have one vote each and FIFA, representing the other 205 national associations, has four votes.