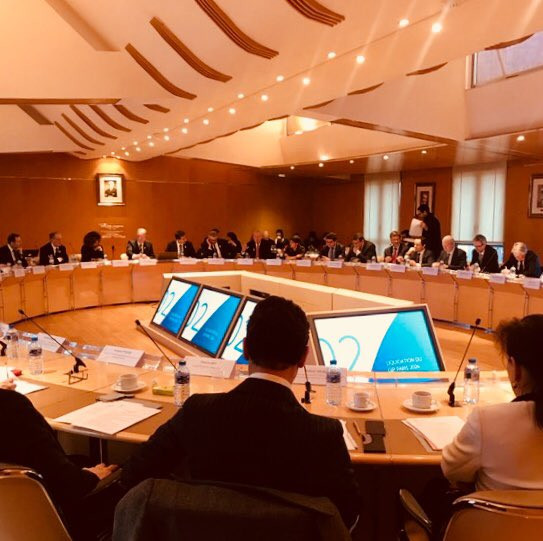 The first general meeting of the Paris 2024 Organising Committee will be held in early March, following dissolution of the Bid Committee, which is ceasing operations with a surplus of more than €5 million (£4.4 million/$6.1 million).

The unused money will be split between the French State, the Île de France region which surrounds Paris and the city itself.

Production of the surplus should add to the credibility of Olympic project leaders as they start to tackle the far more expensive and complex business of preparing for the 2024 Olympic and Paralympic Games.

It seems likely that the Bid Committee was able to make economies in the final stages of the bidding process, as it became clear that the International Olympic Committee (IOC) was minded to award both the 2024 and 2028 Games simultaneously.

Paris was awarded the 2024 Games at the IOC Session in Lima in September, with the Los Angeles handed the 2028 event.

The double award followed a highly eventful campaign in which bids from Hamburg, Rome and Budapest fell successively by the wayside and the United States candidacy was switched from Boston to Los Angeles.

The final Board meeting of the Paris 2024 Bid Committee was held at the French National Olympic and Sports Committee  (CNOSF), with creation of the Organising Committee set to be officialised tomorrow with publication of a notice in the Official Journal.

Tony Estanguet, President of Paris 2024, said: "Today we are turning one of the most beautiful pages of our sporting history with the awarding of the 2024 Games.

"We waged an exemplary campaign which ends with a positive surplus of more than €5 million.

"This rigorous management amounts to a strong signal which we will continue with the Organising Committee.

"The adventure which now awaits us will be passionate, demanding, but above all full of opportunities.

"This challenge will be met in a collective manner and we are confident in our capacity to make the 2024 Paris Games a spectacular, useful and responsible project."