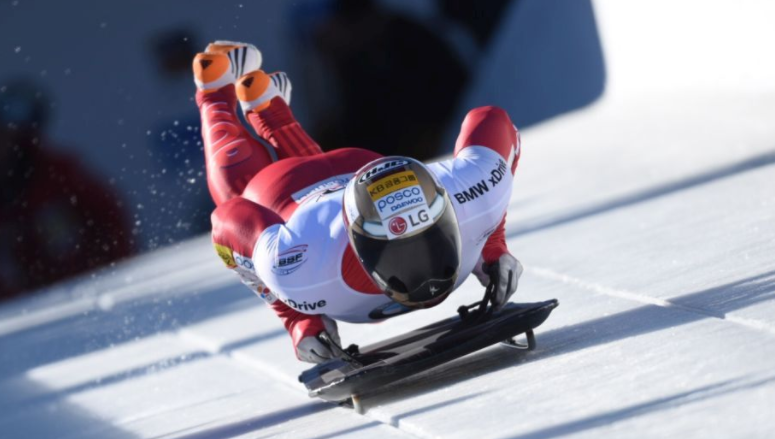 Yun held a huge lead coming into the finale after winning five of this season's seven events so far.

He appeared likely to miss out, however, after announcing he was skipping the event in Germany to focus on preparing for next month's Olympic Games on home ice in Pyeongchang.

This left Dukurs requiring a finish of 13th or better to claim a ninth consecutive crown.

It was then announced this morning that Dukurs had been retrospectively disqualified from the previous round in St. Moritz in Switzerland, where he placed third, due to the runners on his sled being too hard.

German Axel Jungk won the final race for a first ever World Cup win in a combined time of 1min 41.61sec.

Yun therefore claimed the overall title with 1,545 points while Jungk was 38 behind in second.

Tomass Dukurs finished in third with 1,464, 24 in front of fourth-placed Martins.

There was no such drama in the women's event as Germany's Jacqueline Lölling sealed the World Cup title with a home victory in the final race.

Lölling duly won with 1,628 points overall as Hermann climbed to second on 1,504.