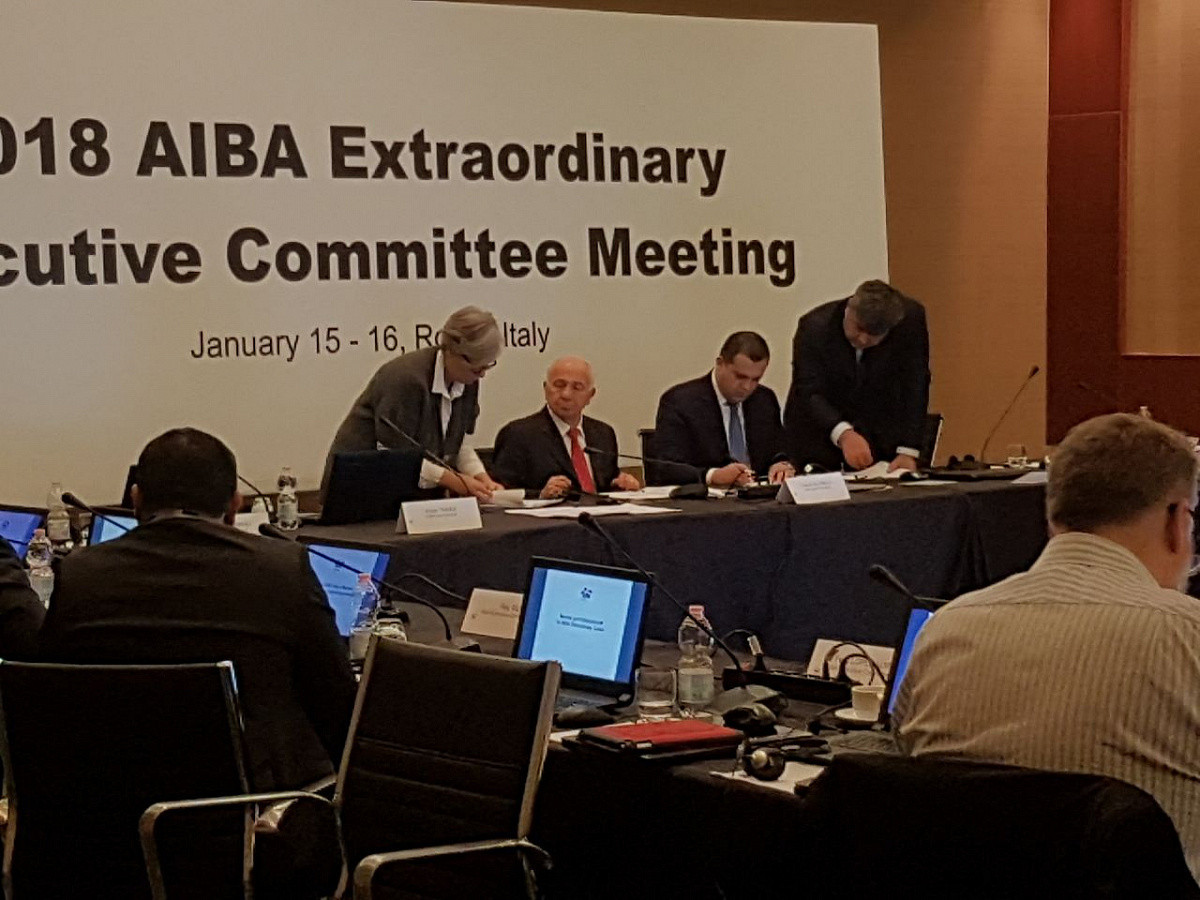 Interim International Boxing Association (AIBA) President Franco Falcinelli has ruled out running for the role on a permanent basis during the organisation’s Executive Committee meeting in Rome.

The two-day gathering of AIBA’s ruling body, held under the guidance of Falcinelli, concluded in Italy’s capital today.

It was the first meeting of its kind to take place since the resignation of former President C K Wu.

Wu left in December after an agreement was reached between the official and the Executive Committee for him to leave the post.

The Taiwanese, the AIBA President since 2006, was provisionally suspended by the Executive Committee prior to his resignation after it allegedly uncovered fresh allegations of wrongdoing.

He was given a similar sanction by the AIBA Disciplinary Commission in October and the body's ruling Executive Committee voted 14-0 in favour of keeping the suspension in place following a two-day meeting in Dubai.

In a deal brokered between the two parties, Wu, who remains an International Olympic Committee member but no longer sits on the Executive Board, still hopes to be proposed as the organisation's Honorary President.

Wu, in turn, blamed his former executive director Ho Kim, who is thought to be backer of those who engineered the removal of the Taiwanese official, for facilitating the loan.

It was confirmed to insidethegames on Sunday (January 14) that AIBA will elect its new President at a Congress in Moscow from November 1 to 4.

An Extraordinary Congress of the world governing body is first scheduled to take place in Dubai in the United Arab Emirates on January 27.

AIBA vice-president Gofur Rakhimov is reportedly in Dubai at the moment as he attempts reach a resolution over the Benkons MMC loan.

The Executive Committee meeting also saw an official agreement signed to stage the next AIBA Congress in Moscow and to hold a pre-Olympic World Cup event for men in Sochi in 2019.

Both Falcinelli and Umar Kremlyov, secretary general of the Russian Boxing Federation, were present at the signing ceremony.

"An agreement was signed to hold the AIBA Congress in Moscow and the 2019 World Boxing Championship," Kremlyov said.

"We have already begun preparations for these two major events.

"The Congress will elect the new president of AIBA, who will lead the world of boxing to a progressive future.

"And we will organise the pre-Olympic World Cup in Sochi at the highest level."

England’s Mike Loosemore and Bulgaria’s Emilia Grueva were both appointed to the AIBA Executive Committee.

They will chair AIBA's Medical Commission and Women’s Commission respectively.