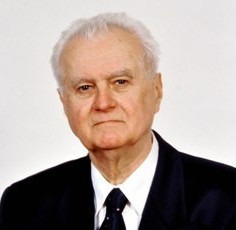 International Olympic Committee (IOC) honorary member Vladimír Černušák has died at the age of 96, it was announced today.

Černušák was the founding Pesident of the Slovak Olympic Committee in 1992 following the separation of Czechoslovakia.

He served in that role until 1999 and was its Honorary President until his death.

He became an honorary IOC member in 2002.

"Personally, I have lost a great friend and someone who always gave me good advice," IOC President Thomas Bach said.

"He was a gentleman and helped me a lot to find my way around the Olympic Movement.

"In educational matters, he was a role model who championed the values of Olympic education and always set a great example to the entire Olympic Movement."

Černušák had devoted his life to sport and education, most notably at the Sport Faculty of Comenius University.

He was vice-president of the Czechoslovakian Olympic Committee between 1969 and 1992.

Černušák served as Chef de Mission for the Czechoslovak team at the Olympic Winter Games Sapporo 1972, where figure skater Ondrej Nepela became the first athlete ever to win a gold medal for his country.