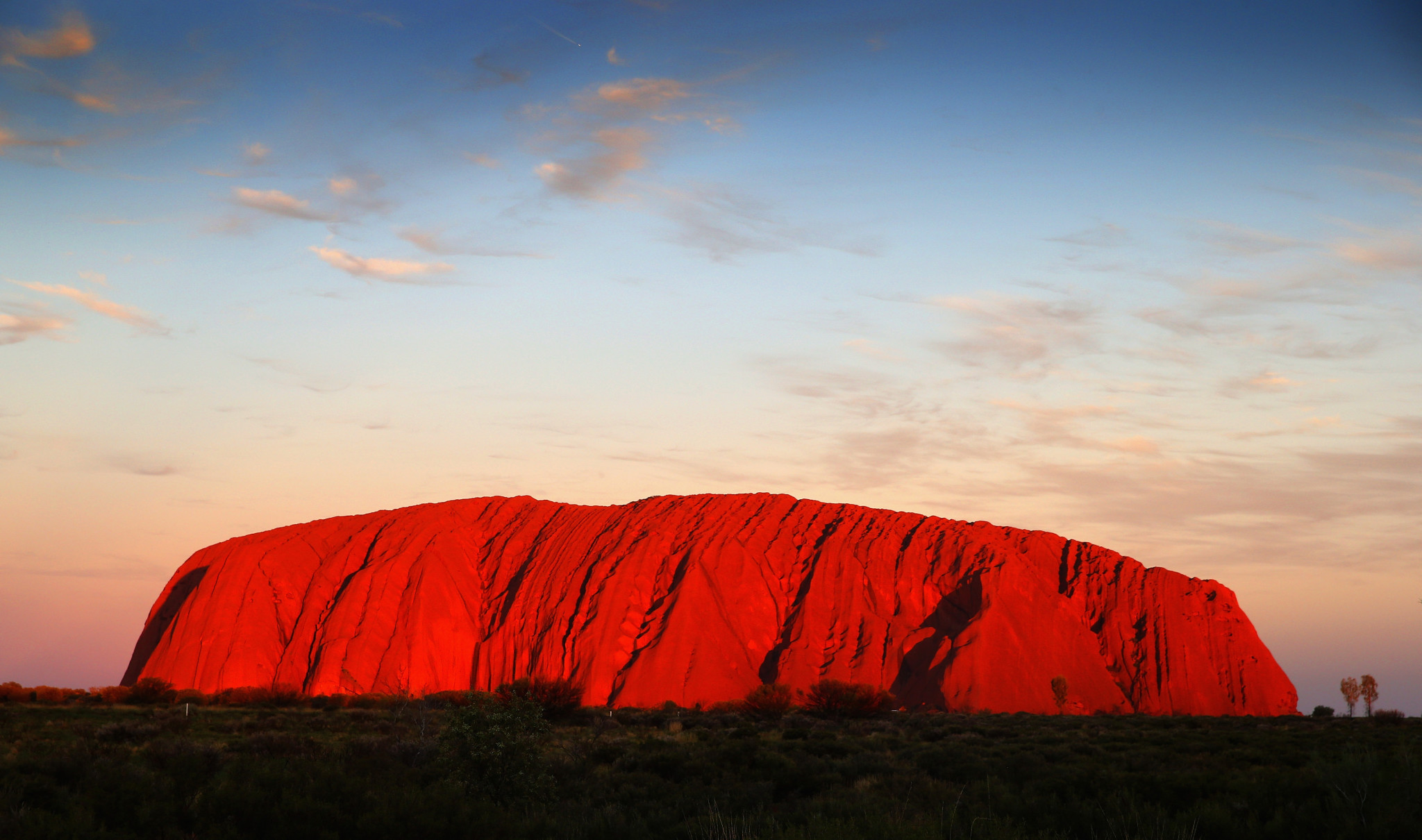 The Queen’s Baton for the upcoming Commonwealth Games has been welcomed at the Uluru-Kata Tjuta National Park with a traditional inma dance and song.

The dance involved passing the Queen’s Baton between the participants, accompanied by stories sung by Awalari Esther Teamay, Pixie Brown and Renee Kulitja.

The Spinifex coastal grass which covers the area was significant for the ceremony as the Queen’s Baton contains a message from the Queen written on paper made of the grass.

Rising out of the surrounding Central Australian desert, Uluru and Kata Tjuta dominate the landscape.

The spectacular red rocks and domes are millions upon millions of years old.

Uluru and Kata Tjuta are around 450 kilometres from Alice Springs, the nearest major town.

“In April when teams from every inhabited continent come to compete at Gold Coast 2018 we’re going to see a spectacular display of sportsmanship and the meeting of cultures.”

The Queen’s Baton will now be taken to Melbourne where it will be displayed at the National Sport Museum at the Melbourne Cricket Ground on January 15 before heading to the Australian Open tennis tournament on January 16.