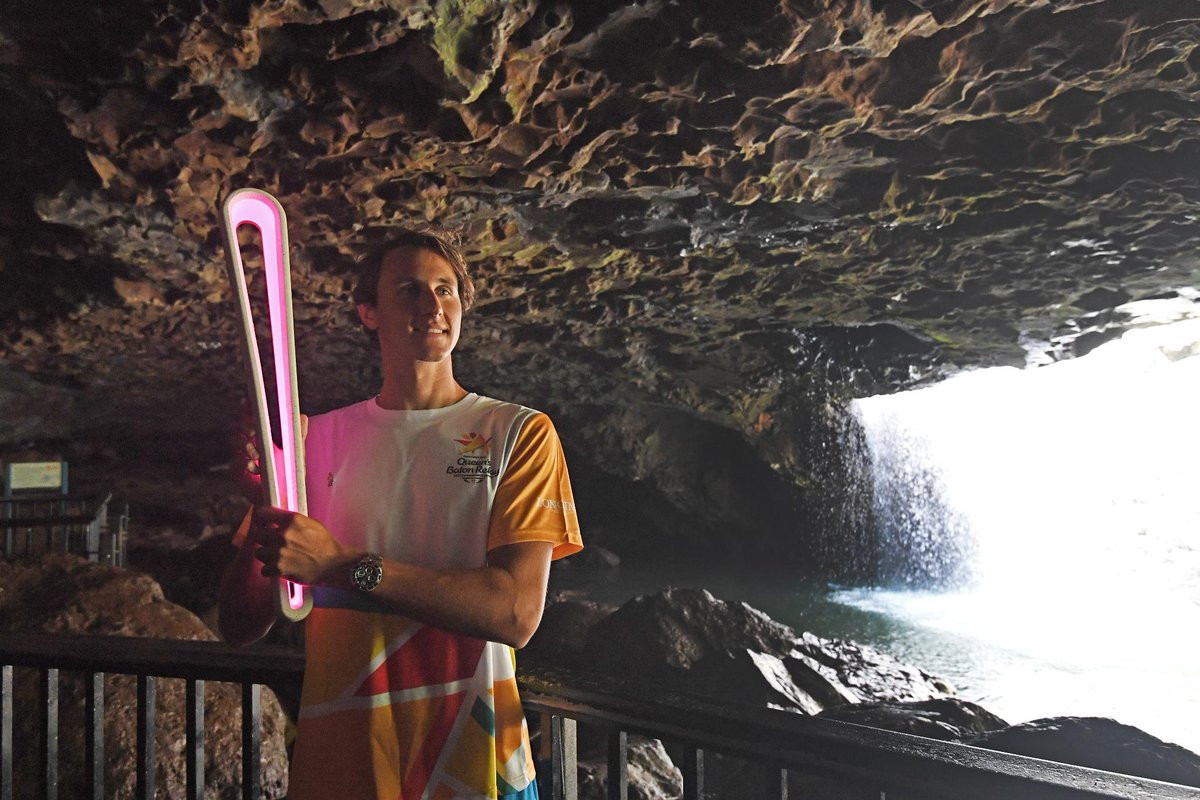 Games ambassador McEvoy, who followed up his two gold medals at the 2014 Commonwealth Games in Glasgow with two bronze medals at the Rio 2016 Olympics, said he was delighted to bring the baton to Springbrook.

“Whenever international swimmers come to train on the Gold Coast I always tell them to come out this way to Springbrook National Park,” the 23-year-old told Gold Coast Bulletin.

“It’s great as I don’t often come out here during the week due to the heavy training load so it’s been nice to come out and have an active recovery walk through the bushes and the natural arch."

McEvoy, who hopes to be competing in the 50 metre, 100m, 200m freestyle and relay events in Gold Coast, also expressed his excitement for the upcoming Games.

“It is definitely starting to feel like the Games are just around the corner, even the training program is moving into that final phase now,” he said.

“Everywhere I go, the people I am meeting and the training I am doing, the competitions I race, it’s a little sign here and there showing me that the Games are just around the corner.

“I am in good shape and excited to get in there and get things underway for the Games.”

After taking the baton, which has now travelled 200,000 kilometres across almost 70 countries and territories, to Springbrook, McEvoy passed it on to Myora Kruger, a singer in the Yugambeh Youth Choir, who carried it to the top of the SkyPoint Observation Deck at Surfers Paradise.

The Commonwealth Games in Gold Coast, Australia, will take place from April 4 to 15.