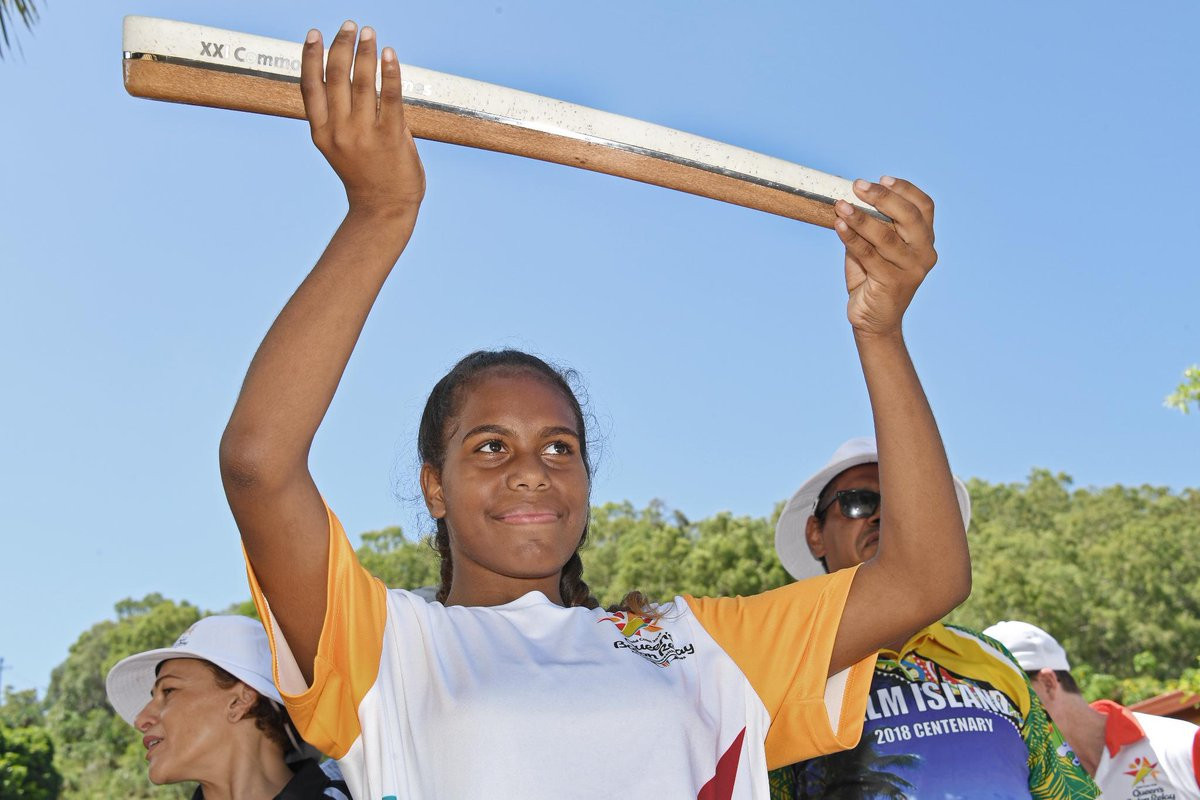 The island, located in Queensland, received the Gold Coast 2018 Queen's Baton as it continued its journey around the host city.

The stopover was organised by the Organising Committee as part of their Reconciliation Action Plan.

Gold Coast 2018 claim the plan is designed to "demonstrate longstanding commitment and support for Aboriginal and Torres Strait Islander peoples and their communities".

Acting Premier Jackie Trad described the visit of the Baton as a significant moment for the island.

"The Reconciliation Plan is the first of its kind delivered by a major event in Australia and in Commonwealth Games history," she said.

"And I'm delighted the Queen's Baton, a symbol as important as the Commonwealth Games itself, is passing through Palm Island for residents to see and touch."

Ikanau Conway, a 12-year-old student, was the community Batonbearer during the stopover.

She carried it from the Parish Centre to the front of the Council Chambers in the Town Centre Mall.

"This year marks 100 years since our people were forced onto Palm Island, or Bwgcolman as we know it, serving as a reminder of how Aboriginals used to be treated in Queensland," Palm Island Mayor Alf Lacey said.

"But as a community, we look forward to a bright future and the Baton's visit presents an opportunity for our people to continue to advocate for recognition and reconciliation.

"We are proud to be a part of the Baton's journey and glad that the Commonwealth Games has actively worked to engage more indigenous communities in Australia more than ever in its history."

The Baton is now due to head to Springbrook National Park and Q1 SkyPoint Climb on the Gold Coast on Friday (January 12).

It will then travel to the Uluru-Kata Tjuta National Park the following day.