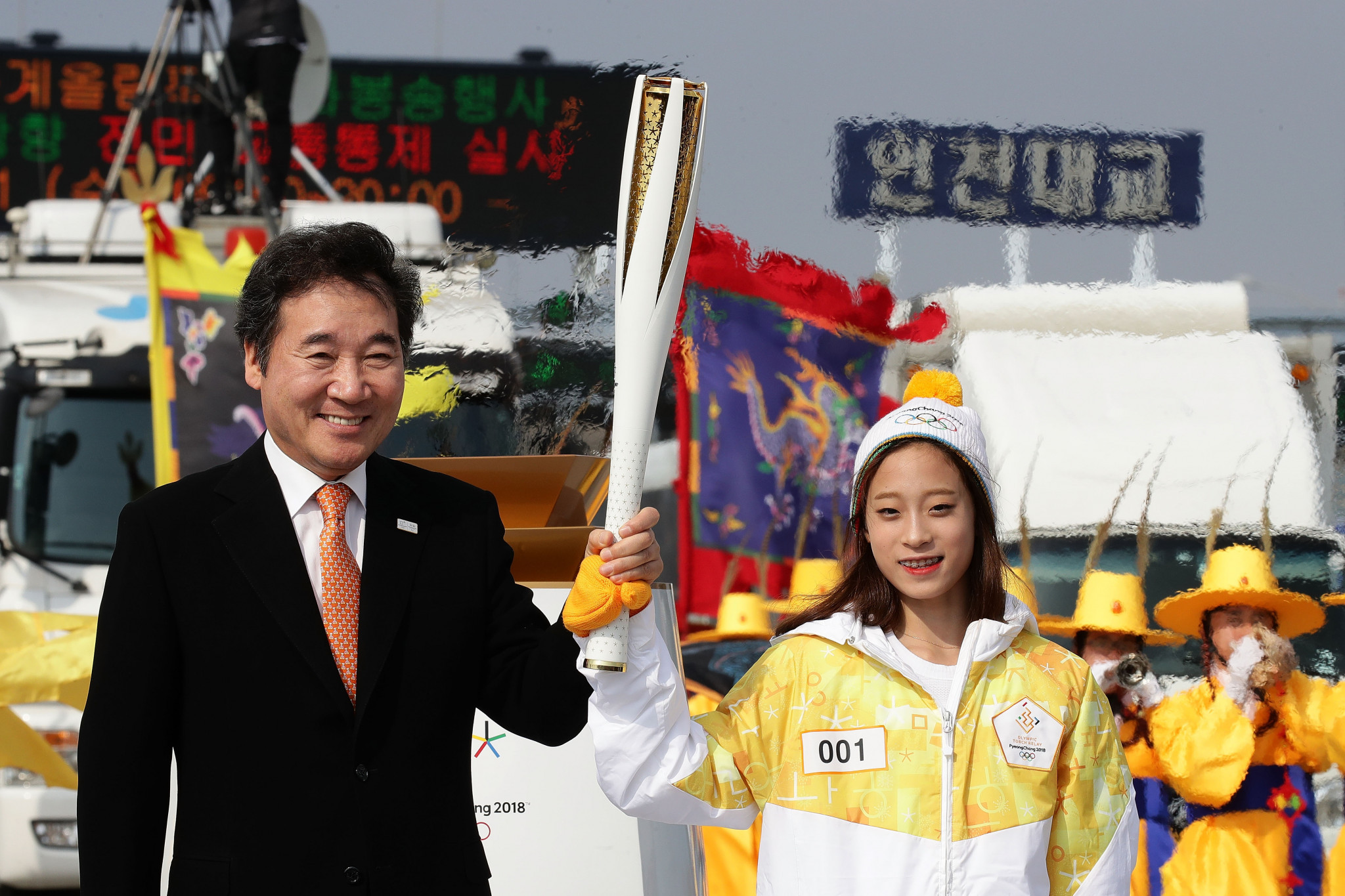 South Korea's Prime Minister Lee Nak-yon has claimed around 400 to 500 people from North Korea are likely to attend the Pyeongchang 2018 Winter Olympics.

The two countries held their first high-level talks for more than two years yesterday at the border village of Panmunjeom.

It was also revealed that the South Korean delegation, headed by Unification Minister Cho Myung-gyun, proposed that athletes from both Koreas could march together at the Opening Ceremony as they did at the 2000 and 2004 Summer Olympics in Sydney and Athens respectively and the Winter Games at Turin 2006.

They also requested family reunions between those divided ever-since the Korean Peninsula was split in two after World War Two, which would take place during the Lunar New Year holiday, which falls during the middle of the Games.

"A massive delegation totalling between 400 to 500 people is expected to come," Lee said, according to Yonhap News.

"It will be difficult to say that the festival of mankind taking place in Pyeongchang, just 100 kilometers from the Demilitarized Zone, will make no contribution to the human history.

"It is bound to make contributions of a sort and leave traces."

"Just as the [Seoul] 1988 Olympics contributed to dismantling the Cold War, we earnestly hope that the Pyeongchang Winter Olympics will improve the current state of the Korean Peninsula, which is in a grave security situation and contribute to world peace by reducing security risks."

"The ISU noted and welcomes the discussions currently taking place between the governments of the South Korea and North Korea also involving a possible participation of North Korean skaters in the Pyeongchang 2018 Olympic Winter Games," an International Skating Union statement read.

"The ISU confirms that the North Korean competitors in pair skating had met all the necessary technical requirements to participate in the Pyeongchang 2018 Olympic Winter Games.

"However, the North Korean National Olympic Committee has not confirmed the participation of the pair within the set deadline and the available quota place has consequently been transferred to the next NOC in line [Japan].

"In the case of a formal North Korean NOC request for a late entry, the matter would have to be referred to the International Olympic Committee (IOC) for a final decision relating to the late entry as well as the increase of participants in the 2018 Olympic pair skating competition."

IOC President Thomas Bach welcomed the progress, yesterday stating they would discuss the proposals over the number of North Korean athletes and format of their participation.

A resumption of negotiations over military issues and the North's nuclear programme was also proposed, as well as the restoring of a telephone hotline between Seoul and Pyeongyang.

In return, South Korea said they would consider the temporary lifting of sanctions to assist the North's participation at Pyeongchang 2018.

South Korean President Moon Jae-in told a press conference he believed 2018 could be a turning point in relations on the Korean Peninsula.

"We have to successfully host the Pyeongchang Olympic and Paralympic Winter Games," Moon said.

"We need to strive until the very end to make these into Olympics of peace.

"Furthermore, we have to peacefully solve the North Korean nuclear weapons issue.

"We have to make this year a turning point toward an improvement in inter-Korean relations and toward peace on the Korean Peninsula."

Trump had claimed credit for the talks prior to yesterday’s meeting, with Moon acknowledging the US President had played an important role.

"Although the talks have begun, we have not yet solved the North Korean nuclear weapons issue.

"We will work closely with the international community regarding the sanctions on North Korea."