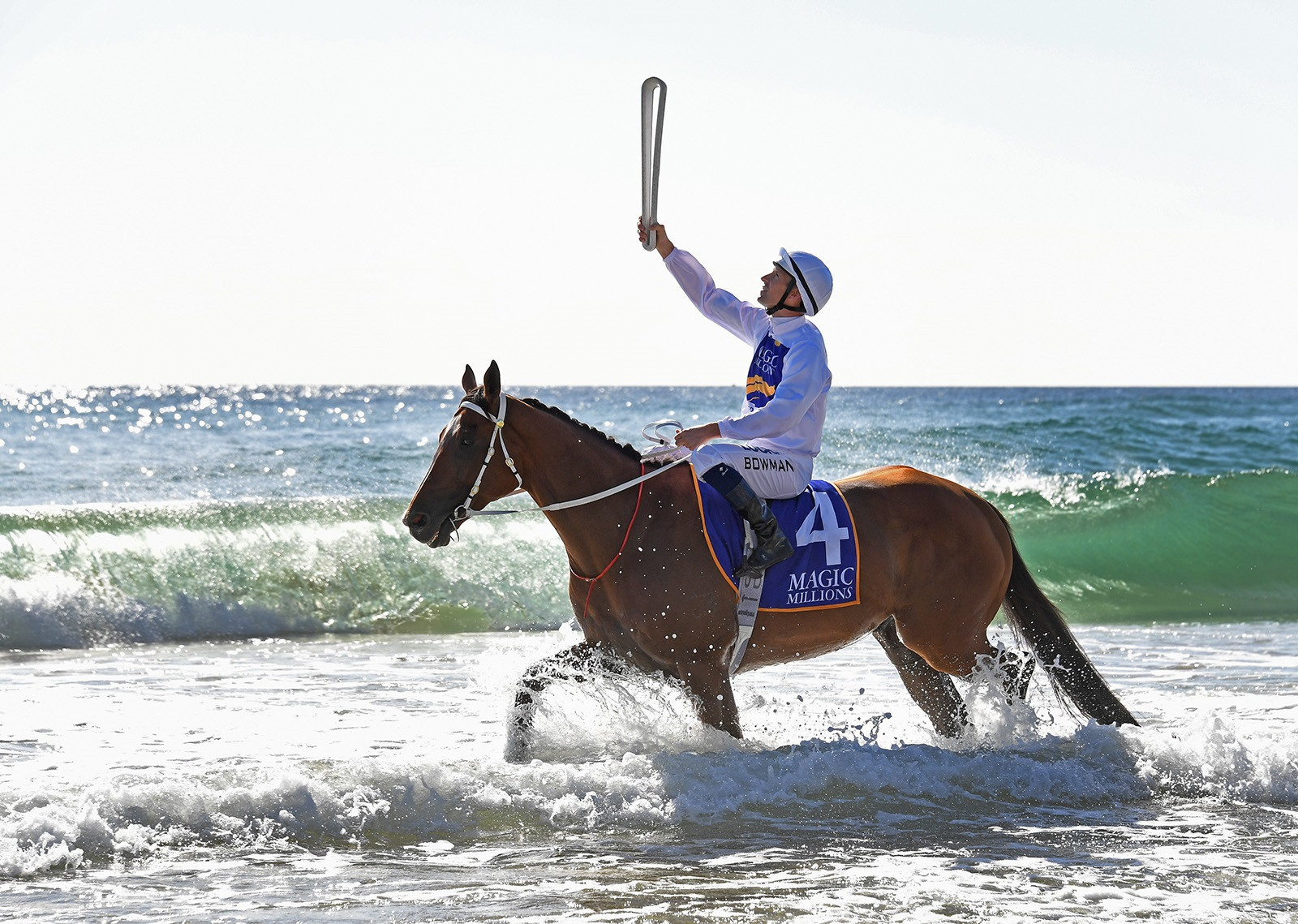 The Gold Coast 2018 Queen's Baton has made its first appearance in the Australian city at the Magic Millions Barrier Draw.

It was carried down the beach at Surfers Paradise, prior to the start of the horse racing event taking place this week.

The Baton was carried by Hugh Bowman, who was recently named as the Longines World’s Best Jockey for 2017.

The Australian claimed carrying the Baton was an honour and hoped the event had continued to increase excitement for this year’s Commonwealth Games.

"Being the first Batonbearer on the Gold Coast is an honour and it has been wonderful to share the excitement of Gold Coast 2018 with everyone who attended the Magic Millions Barrier Draw today."

The Baton Relay was launched during Commonwealth Day on March 13 in London, where The Queen handed it to the first Batonbearer, Australian track cycling legend Anna Meares.

Prince Charles is due to remove the message placed into the Baton by Queen Elizabeth during the Opening Ceremony of Gold Coast 2018 on April 4.

Zara Phillips, The Queen's granddaughter, was present today to welcome the Baton at the Magic Millions Barrier Draw.

Phillips is an ambassador of the event.

The Baton will appear at a community celebration tomorrow on Palm Island, before visiting Gold Coast’s Springbrook National Park and the Q1 SkyPoint on Friday (January 12).

It will arrive in Queensland in traditional Relay mode from March 3 and will be carried by more than 1,800 batonbearers throughout the state.

Around 3,800 Australians will have carried the Baton at the conclusion of its Australian tour, which will end at the Opening Ceremony, due to take place on April 4.