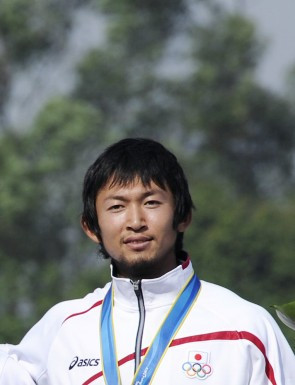 Japanese kayaker Yasuhiro Suzuki has been banned for eight years after he admitted spiking a rival's drink with a banned substance during last year's Canoe Sprint Japan Championships.

Suzuki laced Seiji Komatsu's bottle of water with an anabolic steroid to ensure he failed a drugs test at the event, which forms part of the qualification process for the 2020 Olympic Games in Tokyo.

His ban has today been nullified as a result of Suzkuki's admission, the Japan Anti-Doping Agency (JADA) has confirmed.

Komatsu, who had denied ever taking drugs, has also had his records and results reinstated.

"I wanted to be in the kayak four in the Tokyo Olympic Games, but I was ranked fifth with a younger kayaker higher than me," Suzuki, who originally retired following his failure to qualify for the 2016 Olympics in Rio de Janeiro, was quoted as saying by Japanese newspaper the Asahi Shimbun.

"If this continued, I knew I would fail to qualify for the Olympics so I put in [the banned drug]."

According to the Asahi Shimbun, the 32-year-old bought banned muscle-builder methandienone online and put the drug into the drink of Komatsu during the 200 metres single kayak event at the Championships in Ishikawa Prefecture.

Following the incident, Suzuki reportedly continued to feel guilty and then confessed to the Japan Canoe Federation.

He also apologised to Komatsu.

"If it is a fact, it is extremely regrettable," Japan Sports Agency commissioner Daichi Suzuki said.

"It is the kind of thing that has never been heard of in Japan's sporting history.

"It's the first time I have heard of such a malicious case."

The two athletes both competed at the 2017 World Championships in Račice in the Czech Republic but failed to win a medal.