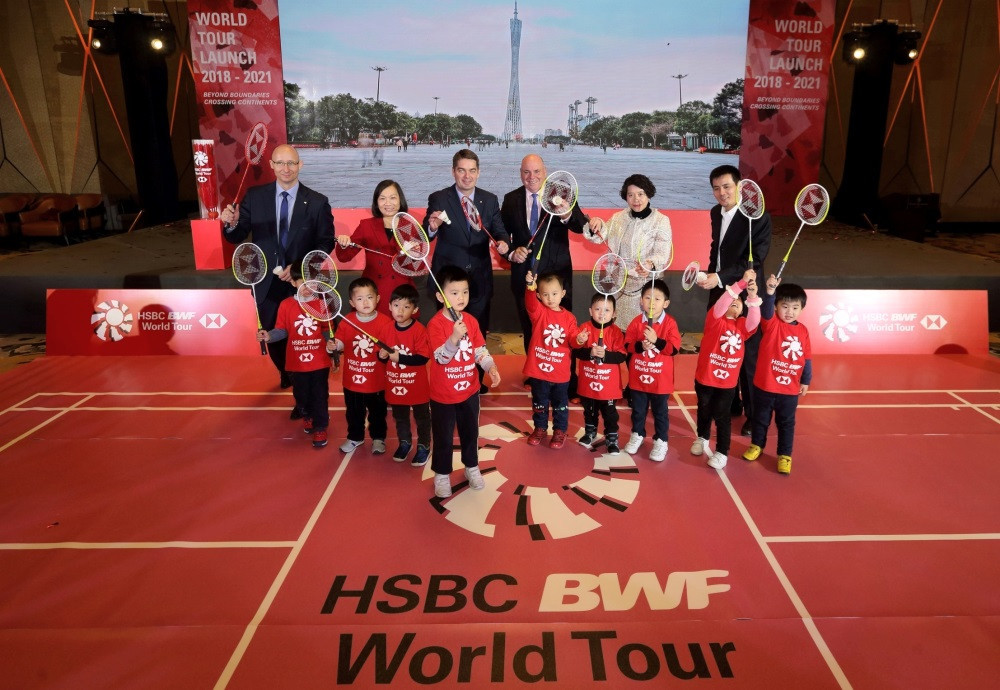 The Badminton World Federation (BWF) have announced HSBC as a principal global partner and have named Guangzhou as the host of its newly-named World Tour Finals.

Under the terms of the agreement, the global banking group will have a corporate presence across all BWF competitions.

This will include title sponsorship of the BWF World Tour and World Tour Finals for the next four years, along with becoming the premier sponsor of World Championship events.

Major events such as the Sudirman Cup and the Thomas and Uber Cup Finals will also see HSBC act as a premier sponsor.

"This is a significant milestone in our federation's history," said Poul-Erik Høyer, BWF President.

"We are stepping boldly into the future with a partnership that will define badminton for the ages.

"HSBC enjoys a cachet that is the envy of the banking world.

"It has distinguished itself across the panorama of sport as a brand of excellence - a brand with which BWF is proud to partner.

"We are partnering with HSBC because we are committed to being the world's sport."

HBSC were also confirmed as a BWF global development partner, which will see the company work with the governing body to help to grow the sport.

The BWF and HSBC presented tour branding, including the titles of the different tour levels, at a launch event in Guangzhou.

It was confirmed that the Chinese city will be home to the season-ending World Tour Finals for the 2018 to 2021 tournament cycle.

The BWF stated it was a "fitting location" given badminton's prominence in China and HSBC's focus on the Pearl River Delta region.

"China is a crucial badminton market and we are pleased to entrust one of our flagship tournaments - indeed the pinnacle of the tour season - to Guangzhou for the next four years," said Høyer.

"We appreciate the cooperation which we have received in launching this partnership and we look forward to working closely with the Chinese Badminton Association and the Guangzhou Sports Bureau to deliver an event of the highest calibre.

"The Pearl River Delta is an important market for HSBC and it's great to see Guangzhou being celebrated as the new home for the HSBC BWF World Tour Finals.

"Through this partnership, we look forward to supporting badminton at all levels."

The World Tour Finals have been staged in Dubai for the past five years, under its now previous guise as the BWF Superseries Finals.

China previously hosted the event in 2012, while the competition has also had editions in Malaysia and Chinese Taipei.

"It is a big responsibility and we will give our best with the assistance of the BWF and the Chinese Badminton Association and with the public's support.

"We will strive to have the best facility, organisation and service to ensure the tournament's success.

"Badminton is a traditional sport in Guangzhou.

"The city has had eight world champions and two Olympic champions.

"There are millions of people learning badminton in Guangzhou and we hope more people will start playing badminton."

BWF secretary general Thomas Lund claimed the decision to rebrand the competition calendar had the potential to increase badminton's global presence, broadcast coverage and the popularity of elite players.

"Our objective was to evolve all our events into a unified, distinctive brand that will strengthen brand awareness and value," he said.

"This will make it possible to improve the quality of the events while making the tour more financially beneficial for hosts and players alike."