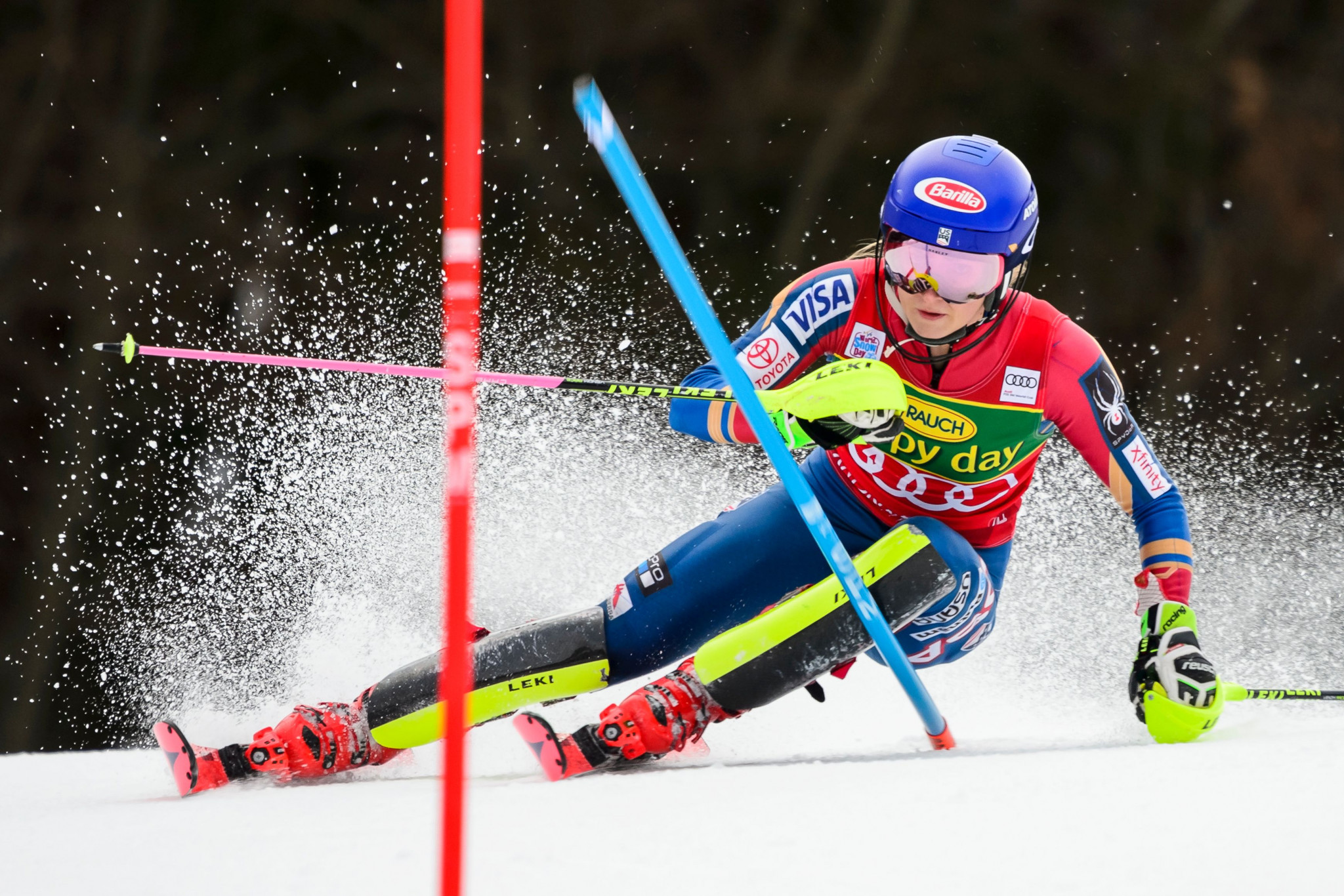 Mikaela Shiffrin obliterated the rest of the field by a mammoth 1.64 seconds to claim a 40th International Ski Federation Alpine World Cup victory in today's slalom race in Kranjska Gora.

It marked a second successive triumph in the Slovenian resort for the American after giant slalom success yesterday.

It also marked her 23rd victory in her last 28 starts.

Shiffrin powered clear of the rest of the field for a combined time of 1:43.50 after two runs today.

Sweden's Frida Hansdotter was a distant second in 1:45.14.

Wendy Holdener of Switzerland was third in 1:45.37.

Shiffrin's record of World Cup wins before her 23rd birthday in March trails only behind Austrian Annemarie Moser-Proell, who had 41.

Shiffrin leads the overall World Cup title with a massive 1,281 points as she looks to defend her crown.

Wendy Holdener of Switzerland is second on 560 and Slovakia's Petra Vlhová is third on 554.

Whatever the Olympic slalom champion can do, though, is invariably matched by Austria's Marcel Hirscher in corresponding men's events.

Hirscher also gained victory for a second successive day after slaloming his way to success in Adelboden in Switzerland.

It marked his 52nd World Cup win in total.

He led after run one and maintained his advantage for a total time of 1:50.94.

Hirscher, who is hoping for a seventh consecutive overall World Cup title, leads this year's standings on 874 points with Kristoffersen second on 720 and France's Alexis Pinturault third on 547.

The women's season will continue with slalom in Flachau in Austria on January 9.

The men will resume on January 12 in Wengen in Switzerland, with Alpine Combined beginning three days of competition.