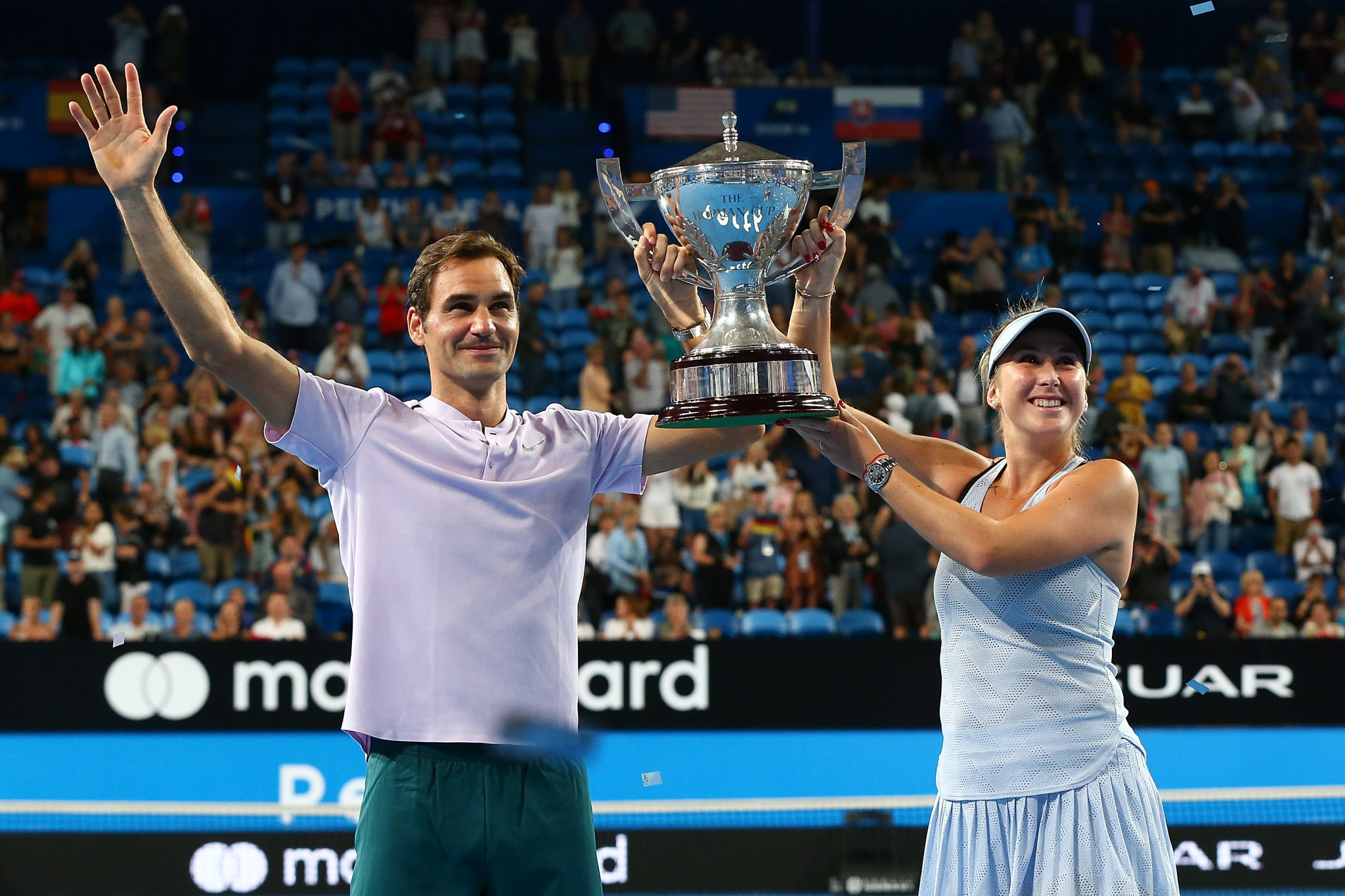 Switzerland have defeated Germany in the final of the Hopman Cup at the Perth Arena to clinch their third title.

Roger Federer and Belinda Bencic saw off the challenge of Alexander Zverev and Angelique Kerber in the mixed doubles as Switzerland recorded a 2-1 victory in Australia.

The day started with the men’s singles between 19-time Grand Slam champion Federer,  who lifted the trophy alongside Martina Hingis back in 2001, and world number four Zverev.

After his side’s 2-1 victory against Australia yesterday, 20-year-old Zverev had said he was off to practice for his encounter with the tennis legend.

This practice certainly seemed to pay dividends in the first set as the German took it 7-6 via a tie-break following some superb groundstrokes.

However, Federer used his experience to mount an extraordinary comeback.

A classy chip and charge attack gave the 35-year-old Swiss an immediate break of serve at the start of the second set before racing to a 6-0 victory in just 22 minutes to make the score 1-1.

Federer, who won his last Grand Slam at Wimbledon in 2017, carried on this momentum into the third and final set, which he again took in easy fashion by a score of 6-1.

His match-winning shot was exemplary, a sublime curler onto the tramline.

After his victory, the world number two said: "I couldn’t be happier, I thought I played great throughout.

“Sascha [Zverev] definitely dropped his level a bit in the second and third sets, but I was able to take advantage of it and most importantly put Team Switzerland ahead.

“I was trying to play as aggressive as possible.

“The court plays fast, so it helps if you approach [the net] and do it the right way.

“It was working out well, so I thought I’d keep going until I had to fix it.

“That never happened, so I was able to cruise all the way through.”

Federer’s victory gave Bencic the chance to seal the Hopman Cup for Switzerland with victory in her women’s singles match against Kerber.

Kerber, however, as Federer had done in his earlier singles match, used her experience to dominate her 20-year-old opponent 6-4, 6-1.

Bencic, who reached the US Open quarter-finals in 2014, made a good start, breaking Kerber's serve in the opening game, but the 2016 Australian and US Open champion recovered to control the match from thereon-in, serving excellently and playing some aggressive groundstrokes.

“Roger [Federer] was always my idol growing up and now I’m playing against him, so it’s very exciting in a deciding match.”

The deciding mixed doubles tie was an exciting affair. with the German duo of Zverev and Kerber sailing into a 2-0 lead in the first set before Switzerland recovered to take it 4-3.

Federer said: “After all these years I can’t believe I’m here again.

“I’ve lost count of the years, I’m thrilled to win the Hopman Cup again with Belinda, it’s been a pleasure to partner you this week, well done.”

Bencic added: “I want to congratulate Team Germany for making the final.

“You played a great tournament and Angie was just too strong for me today.

“I’m so glad we made it in the mixed this time.

“Thanks to Roger for playing with me.

“It really is a dream come true.

“I couldn’t wish for a better partner.

Despite losing the final, Kerber congratulated both her opponents and team mate Zverev.

“Firstly Sascha [Zverev], thank you for playing with me,” she said.

“We had a great week on and off the court.

“It’s not the result we wished, but congrats to Belinda and Roger.

“You are a great team and really deserve to win the title.”

“Once again Switzerland takes it all,” he joked.

“We’ve seen this so many times, Roger relax a little bit, we want to win something as well.