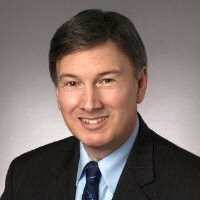 Graham claimed the US should boycott the event if North Korea take part after the nation's leader Kim Jong-un claimed they are prepared to compete at the Games.

In response to the Tweet from the Republican Senator, USFS President Sam Auxier warned politicians should "be careful" when discussing America's participation at Pyeongchang 2018.

"I think they need to be careful saying things like that because these athletes have worked so hard to get there," Auxier said, according to USA Today.

"The Olympics should be above politics.

"It was a disaster in 1980 for many of the athletes that couldn’t go and I’d hate to see that just because Trump and Kim Jong-un are trying to see which button’s bigger."

North Korea competing at Pyeongchang 2018 has grown more likely this week after Kim announced in his New Year's message that he hoped the country would take part.

Kim claimed that North Korea planned to open talks with its neighbours in Seoul shortly to negotiate its team's participation.

Just hours before the line was reopened, an inflammatory Tweet was posted by United States President Donald Trump, who boasted that he had a bigger nuclear button than Kim.

The US Government and the United States Olympic Committee (USOC) have repeatedly insisted they intend to send a full delegation to the Games.

America's Ambassador to the United Nations Nikki Haley had initially claimed it was an "open question" as to whether the country would compete before she backtracked on her comments.

"I don’t think our athletes would boycott," added Auxier.

"They’ve been working all their lives for this.

"Who knows what Trump will tweet out, but if he were to say to boycott it, unless there was a very clear reason why to do it, I don’t think our athletes would boycott it.

"They want to compete."

USFS executive director David Raith also played down any suggestion of a boycott.

"We’re planning to field a team.

"Our athletes are training and there is nothing today that says we’re not going to compete."