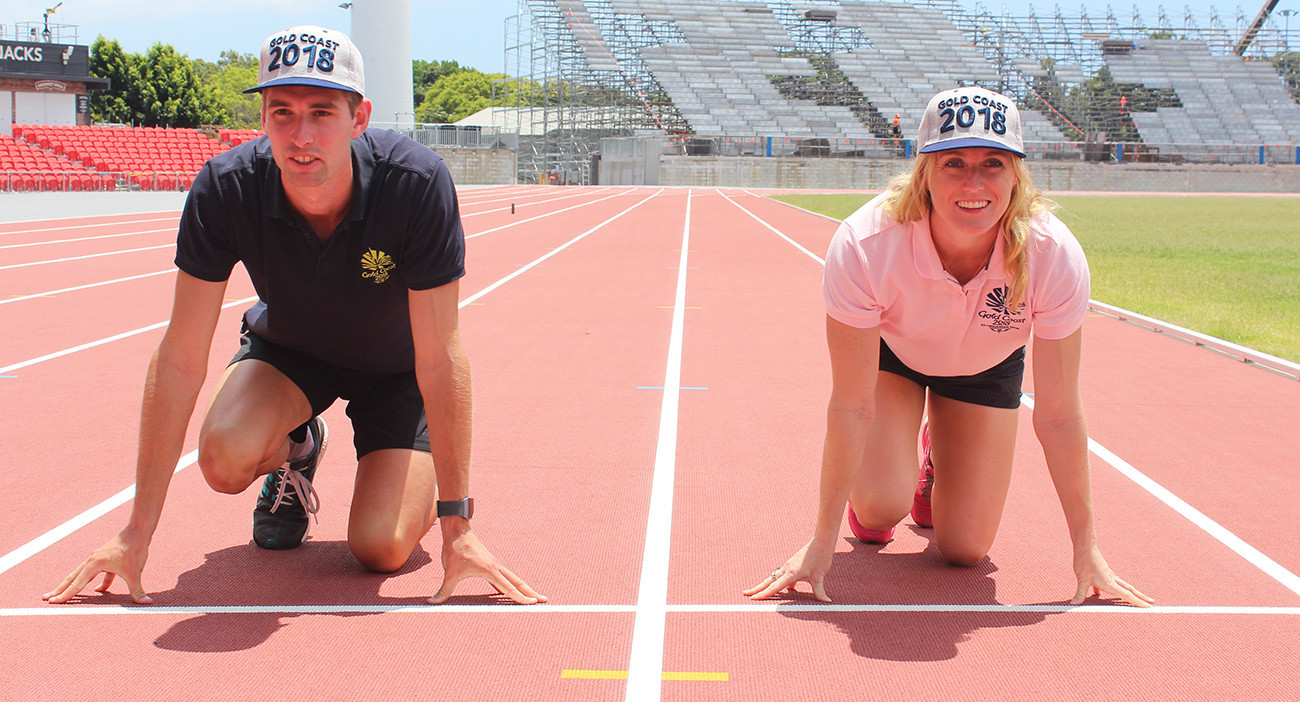 Sally Pearson and Cedric Dubler have become the first athletes to test the Gold Coast 2018 athletics track at the Carrara Stadium prior to the Commonwealth Games.

The track has recently been installed at the venue converted from an Australia Football League stadium to host the Games’ Ceremonies and athletics competition.

Pearson will head into the Games as the reigning world champion in the women’s 100 metres hurdles.

She was unveiled as the first ambassador for the Games in 2016 and is one of the most recognisable local athletes.

Having visited the track where she will hope to earn a third consecutive women’s 100m hurdles title at the Games, after winning at Delhi 2010 and Glasgow 2014, Pearson expressed her excitement as the countdown continues to the event.

"It’s really exciting, competing at major championships is what I love to do," she said.

"To be able to drive 10 minutes down the road and be in the Commonwealth Games stadium is something so surreal.

"It gives you a buzz just walking into the stadium and looking around and imagining what it is going to be like when it is full."

Pearson added: "It definitely feels so real, it is 14 weeks until I race here, wow, I’m going to be racing in my hometown in front of the people who have been supporting me.

"It is going to be really special for most Australians competing.

"It does feel amazing when they call out your name and from Australia, doing it in your hometown and home country is even better."

Pearson is expected to compete on the track next month when the venue plays host to the Australian Athletics Championships between February 15 and 18.

The competition will serve as the Australian trials for the Games, due to take place between April 4 and 15.

Decathlete Dubler will hope to continue his progression having competed in the Olympic Games at Rio de Janeiro, where he achieved the best score by an Australian athlete in 32 years.

The two athletes visited the Stadium as work begins on the temporary stand aimed at bringing the capacity of the venue to nearly 40,000 people for the Games.

The temporary stand is expected to hold around 10,000 fans, with the addition expected to be complete in March.

The venue will host the Games’ Opening Ceremony on April 4.