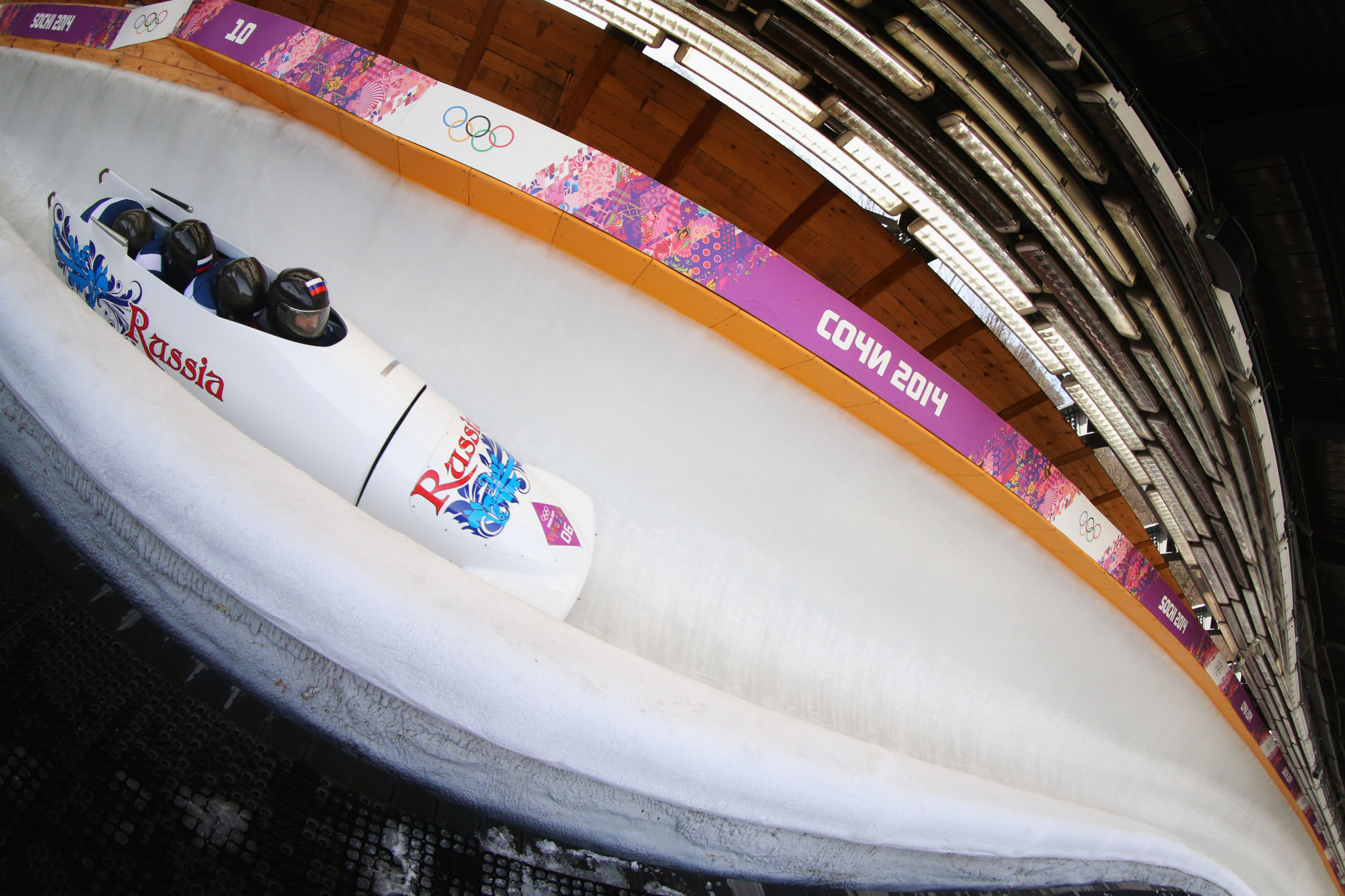 Russia's bobsleigh team was asked to change the colour of their sleds and alter elements of their proposed kit by the International Olympic Committee (IOC), the country's governing body has revealed.

The Russian Bobsleigh and Skeleton Federation (RBSF) claimed it was because they did not meet the guidelines outlined as part of the country's neutral participation at Pyeongchang 2018.

The colour of the sleds has now been changed from red to burgundy, Parkhomenko said.

Russian athletes deemed eligible to participate in Pyeongchang must do so as part of a neutral team - albeit one called "Olympic Athletes from Russia" - in response to the "systemic manipulation" of the anti-doping system at events including Sochi 2014.

It was announced last month that the IOC have allowed the kit to have "OAR" or "Olympic Athletes from Russia" inscribed.

A proposed logo, including the name in full written in red in a circle on a white background, was also published.

Kit designs are being drawn up by individual Russian National Federations before being sent to the IOC for approval by a panel chaired by Aruba's Executive Board member Nicole Hoevertsz.

"The IOC made some remarks about our uniform's design," Parkhomenko told TASS.

"For instance, international sports officials spotted some sort of Russian national motives in the twirls of the design imprinted on uniforms.

"We have been also asked not to use such a red hue on our bobsleds because [the tinge] is as red as the stripe on the Russian national flag.

"This is why we will decorate them in a bit of a burgundy colour."

RBSF President Alexander Zubkov is among the 43 Russian athletes to be sanctioned by the IOC for doping at Sochi 2014.

Zubkov was stripped of the two gold medals he won at the Games and was banned from the Olympic Games for life.