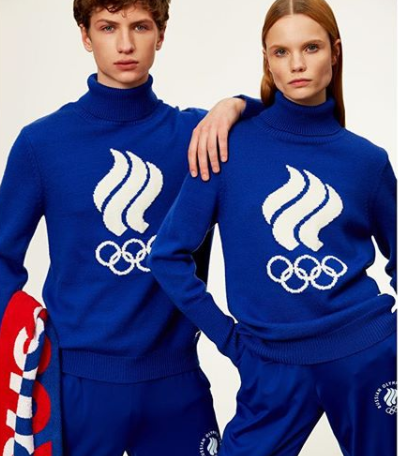 Parade uniforms for the neutral Russian team at Pyeongchang 2018 have reportedly been approved by the International Olympic Committee (IOC).

It is not yet clear exactly how the uniforms, produced by Russian clothing company ZASport, will appear at the Opening Ceremony, but other elements of the Olympic kit have been showcased so far.

Russian athletes deemed eligible to participate in Pyeongchang must do so as part of a neutral team - albeit one called "Olympic Athletes from Russia (OAR)" - in response to the "systemic manipulation" of the anti-doping system at events including Sochi 2014.

It was announced last month that the IOC have allowed the kit to have "OAR" or "Olympic Athletes from Russia" inscribed.

A proposed logo, including the name in full written in red in a circle on a white background, was also published.

"We have received an official letter from the IOC in which it approved our clothes collection designed for the Russian athletes who will perform under a neutral flag," ZASport head Anastasia Zadorina told TASS, Russia's official state news agency.

"Our representative in Lausanne showed all the design drafts [to the IOC members] which received no criticism.

"We haven’t changed the kit's fit and design, but according to the IOC's restrictions, we have replaced the Russian flag as well as the coat of arms and the Russian Olympic Committee logo with 'OAR' and 'Olympic Athlete from Russia' inscriptions."

The IOC have also ruled that colours used in uniforms, as well as accessories and equipment, may "not be in exactly the same pantone as those used in the Russian Federation flag".

It is suggested that they be "darker in colour".

ZASport is acting as Olympic supplier for Russian kit for the first time after replacing Bosco.

Bosco are due to be supplying clothing for the IOC at the South Korean Games, but have reportedly asked for their brand not to be used in response to the IOC decision.