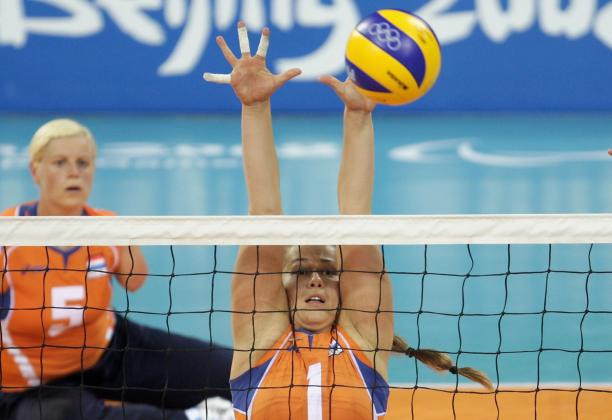 Three-time Paralympian Elvira Stinissen  hopes sitting volleyball will spread across her homeland when The Netherlands host the World Championships in July 2018.

The Dutch are aiming for an increase in participation after the tournament to increase the squad’s strength in depth in time for the Tokyo 2020 Paralympic Games.

Stinissen said: “It’s so great and our federation is organising it in a fantastic way by holding it in different cities and organising with other volleyball disciplines.

“It’s a great promotion for our sport.

“We had the Europeans in 2011 in Rotterdam, that was amazing, but this will be even better!

“Sitting volleyball is not well known in The Netherlands and I really hope that this tournament will increase that.

“I think with the way our federation is organising it, the public will support it.”

The Netherlands’ quest for a top-five finish at next year’s World Championships is within reach after a successful European Championships in Porec, Croatia, where they claimed the bronze medal after beating Finland 3-0.

The preparation and end result was a stark contrast to the events surrounding the 2016 Paralympics in Rio de Janeiro, Brazil, where the Dutch team only found out they would be competing just two weeks prior to the Games.

Commenting on that time, Stinissen said: “It was the worst preparation you can get as an athlete.

“After losing to Russia for the last ticket to Rio, the team started a new phase.

“When we heard a few weeks beforehand that we could participate because of Russia’s exclusion, it was just crazy.

“It was amazing to be in Rio, and a good experience for the new players, but you do not want to perform on the highest stage knowing two weeks before the first match.”

The Russian Paralympic team were banned from the Games after failing to comply with the International Paralympic Committee’s (IPC) Anti-Doping Code, a suspension which still stands.

Stinissen, who won a bronze medal at Beijing 2008, believes that the team’s disappointing performance at Rio 2016, where they failed to qualify from the group stages, made her realise that competition in women’s sitting volleyball has increased dramatically.

“Sitting volleyball has had such a development, both in quality and in professionalism,” she said.

“It has become such an amazing sport with strong athletes and teams.

“We have very strong competition with Russia, USA, China, Ukraine, Brazil and more developing countries like Canada, all fighting for medals.

“So, our chance to win one at the World Championships is not great.

“We are going to fight for it but if we make it to the Top five, then we have to be very proud of ourselves.”