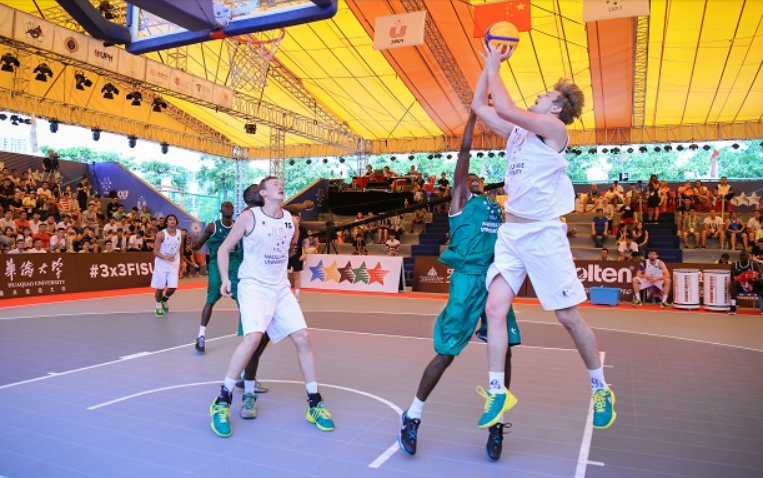 Taipei 2017 Summer Universiade gold medallists Kyle Cranston and Sian Whittaker have been named the respective Male and Female Athlete of the Year in the 2017 Australian University Sport (AUS) Awards.

Cranston, a representative of the Australian Catholic University, secured a gold medal in the men's decathlon at Taipei 2017.

Among the other AUS Awards winners were the University of the Sunshine Coast's Jordan Mercer, who claimed the prize for the Most Outstanding Sporting Achievement of the Year after securing three gold medals at the 2017 World SUP and Paddleboard Championships in Denmark.

Hannah Macdougall won the award for the Most Outstanding Performance of the Year by an Athlete with a Disability having secured three medals at 2017 International Cycling Union (UCI) Para-cycling Road World Cup events.

The Most Outstanding Performance of the Year by an Indigenous Athlete prize went to Courtney Hagen.

Hagen is a multi-disciplined athlete who helped Queensland win the 2017 National Indigenous Cricket Championships and is considered an integral member of the Toowoomba Mountaineers, a Queensland Southern Basketball League team.

She is also a two-time 2017 Southern University Games medallist.

The Team of the Year and Coach of the Year awards went to Macquarie University's men’s 3x3 basketball side and Chris Lucas respectively.

Lucas was the head coach of the Australian women’s basketball team that won the gold medal at Taipei 2017.

Taking the Community Leadership Award was the Kicking Goals Together Project, a collaboration between the Australian Catholic University and the Queensland University of Technology that engages youth students from refugee and migrants backgrounds in weekly soccer competitions and educational opportunities.

The AUS Awards, presented since 2001, highlight the many outstanding performances and contributions recorded in the university sport sector.

The 2017 edition saw more than 50 nominations in the eight award categories.

AUS chief executive Don Knapp explained the importance of recognising elite student-athletes along with the coaches and professionals who support the dual career education pathway.

"Elite student-athletes undertaking the dual career education pathway consistently prove they are high achievers, and are often the top athletes on international representative teams," he said.

"AUS members play an integral role in ensuring these student-athletes are provided the best possible environment for success - in both academics and sport.

"Through the dedicated services provided by elite-athlete friendly University staff - including provision of scholarships, access to industry leading training and research facilities, and assistance in exams and assignment deadlines - the collective work of AUS members ensures elite student-athletes can pursue sporting excellence while laying the foundation for their long-term future through tertiary education."

The University of Queensland was awarded a President’s Citation to recognise its significant performances in the inaugural Women’s Rugby Sevens Series.

The team went through the campaign of 20 games undefeated.

They secured four tournament wins and the overall Series victory.