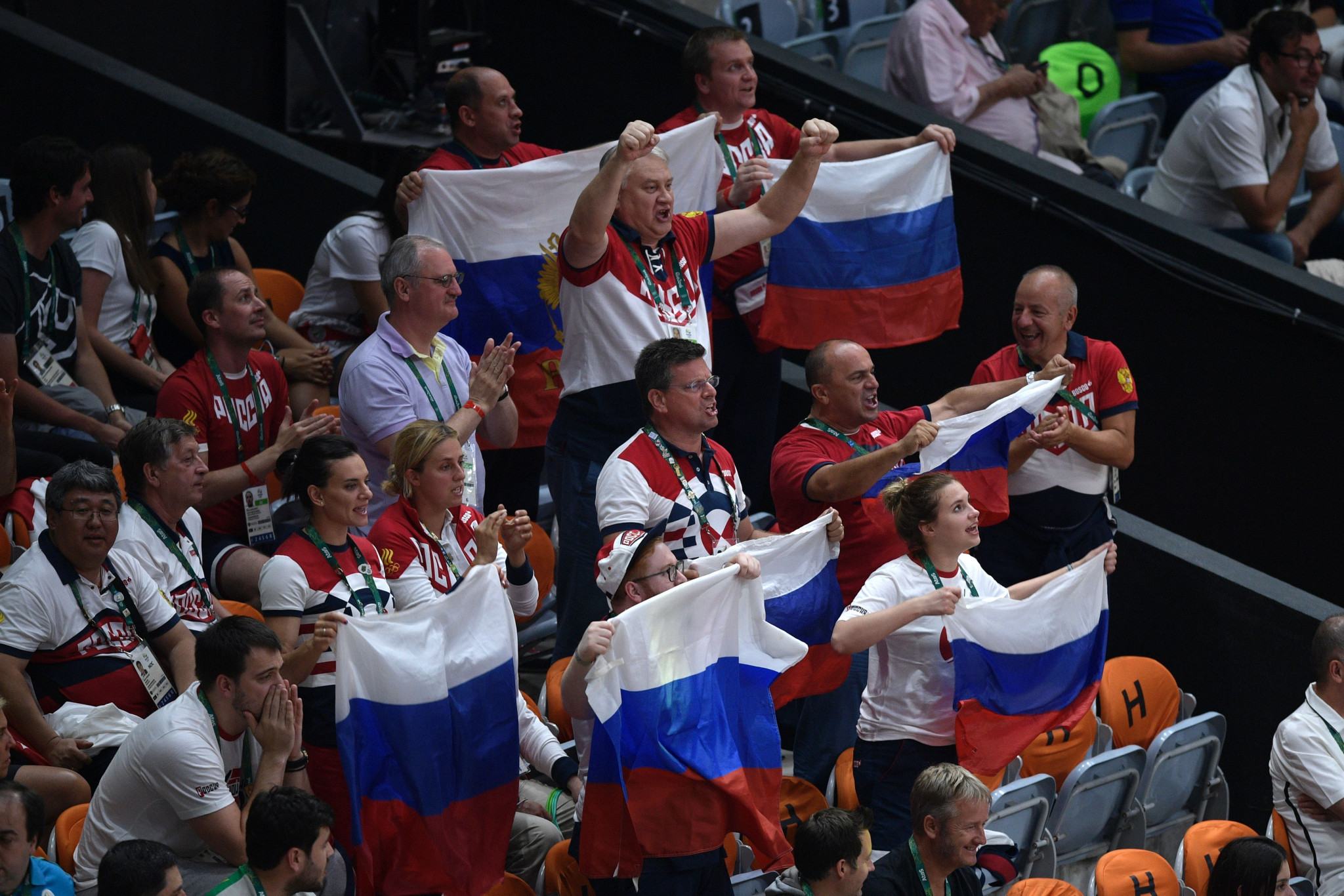 A Russian Fans House at Pyeongchang 2018 has received permission from the International Olympic Committee (IOC) to use the country's national emblems, including its flag, as part of its decorations, its director has claimed.

According to Oleg Rumyantsev, director of the House due to be located next to the ice sport Olympic Park in Gangneung, the IOC have said that restrictions on Russian symbols will not apply to spectators or journalists attending next year's Games.

The IOC maintain that no final decision has yet been made on this question.

If confirmed, though, this seemingly means that there will be no restrictions on fans bringing Russian flags and other symbols into venues when watching events.

"A heart composed of ribbons in the color of the national flag has always been our symbol and it will be used in the Fans House," Rumyantsev was quoted as saying by TASS, Russia's official state news agency.

"The House will be either named 'Russian Fans House' or 'Fans House-2018', because ‘Fans House’ is a well-recognised set phrase.

"The IOC has informed [us] that all the restrictions adopted by the body’s Executive Board on December 5 are to be applied to the official delegation and will not affect fans or journalists.

"The final list of sponsors has not yet been set up, but nobody has terminated cooperation due to political situation.

"All companies, all potential partners are expressing their support to Russian athletes."

The IOC Executive Board ruled earlier this month that Russian athletes deemed eligible can only compete in Pyeongchang neutrally - albeit under the team name "Olympic Athletes from Russia" or "OAR" - as part of a sanction for the systemic manipulation of the anti-doping system at events, including Sochi 2014.

All Russian national symbols, including the flag, anthem and the county’s coat of arms, will be prohibited as part of the suspension, which is expected to be lifted before the Closing Ceremony.

All uniforms and equipment designs must be approved by an IOC panel.

It had not been clear, however, whether these restrictions would also apply to spectators.

If not, it will appear difficult to prevent neutral athletes being handed Russian flags by spectators after their competitions.

"None of these issues has yet been brought to the attention of the OAR Implementation Group and at this stage is pure speculation," an IOC spokesperson told insidethegames.