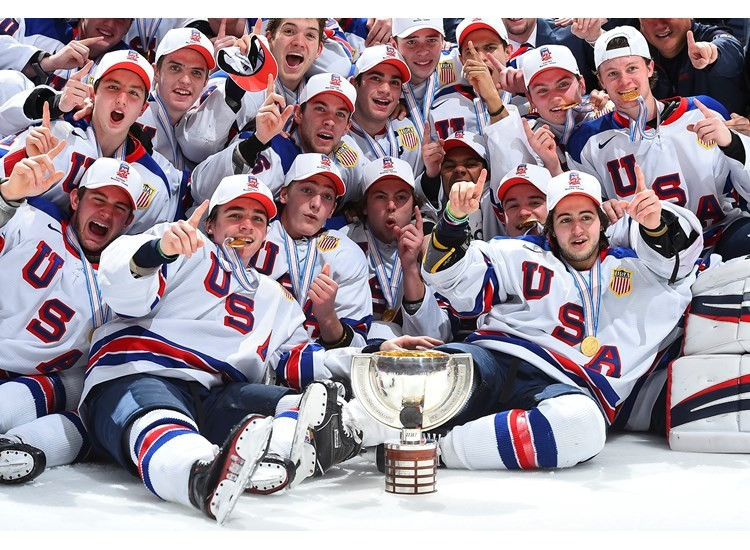 The 2018 International Ice Hockey Federation (IIHF) World Junior Championships are due to begin in the United States tomorrow as the hosts look to make a winning start to the defence of their title.

The US, who beat Canada in the 2017 final, are due to face Denmark in their Group A opener at the Key Bank Center in Buffalo in New York.

Their final warm-up game on Friday (December 22) saw them edge Sweden 3-1 in Erie in Pennsylvania.

Kailer Yamamoto scored the game-winning goal with just under seven minutes left to play before Trent Frederic added the US’s third in the dying moments.

"There was a lot of good things we can draw from this win," Bob Motzko, head coach of the 2018 US national junior team, told USA Hockey.

"If any team expects to go on a run in a tournament, it's important to have the experience of a tight, competitive game like this one.

"To come away with a win is huge and something we can build on entering this year's tournament."

The US has six returning players from its 2017 gold medal-winning squad, including Kieffer Bellows, the son of former National Hockey League player Brian Bellows.

The younger Bellows scored twice against Canada in the final a year ago as the Americans triumphed 1-0 in the shootout following a 4-4 draw after overtime.

Canada, the 2015 winners, have also been drawn in Group A and are scheduled to begin their quest for glory tomorrow when they go up against Finland at the Key Bank Center.

Slovakia complete the Group A line-up.

Czech Republic are due to meet Russia tomorrow in the opening match of the tournament at the Key Bank Center.

It will be followed by a clash between Belarus and Sweden at the HarborCenter, which like the Key Bank Center is also in Buffalo.

The one other venue set to be used for the event is the Ralph Wilson Stadium in Erie County.

That will play host to the first outdoor match to be held at an IIHF World Junior Championships on Friday (December 29).

The game will be between the US and Canada.

It will be the second time a match has been held outdoors after 77,803 fans, a world record attendance at the time, turned out to watch the opening game of the 2010 IIHF World Championships in Gelsenkirchen in Germany.