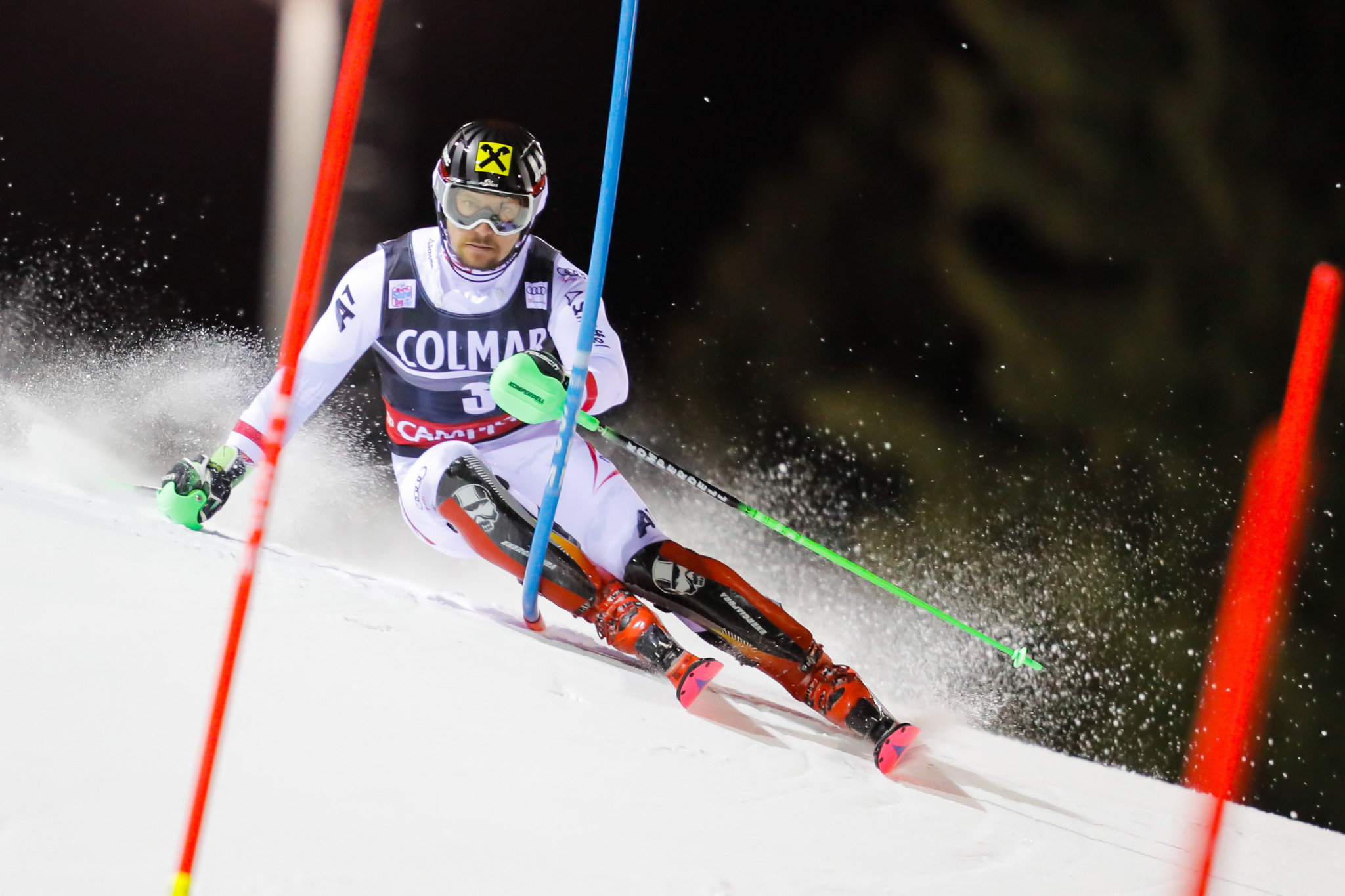 The defending World Cup champion clocked a combined time of 1min 39.79 sec to move to the top of the overall standings.

Norway's Henrik Kristoffersen finished third as he was relegated to second place on the leaderboard as a result of Hirscher's triumph.

It was not a completely comfortable outing for the Austrian star, however.

After clocking the quickest time of 48.46 in the opening run, Hirscher stuttered midway through his second and had to save himself from falling with a superb recovery to cross the line faster than Aerni.

The 28-year-old, who is still to clinch an Olympic gold medal, now has a total of 534 points.

Kristoffersen follows in second place with 505 and his compatriot Aksel Lund Svindal occupies third on 374.

The triumph for Hirscher saw him banish the demons of the corresponding event in the Italian resort two years ago, where he was nearly hit by a drone as it fell from the sky during his run.