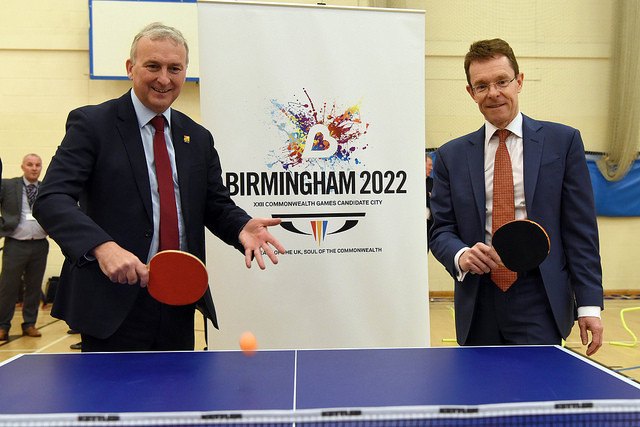 Birmingham hosting the 2022 Commonwealth Games will showcase the best of Britain to the world and will provide substantial benefits to the region, United Kingdom Government officials have claimed.

The city was officially named as the replacement for Durban by the Commonwealth Games Federation (CGF) during a special school assembly in front of 200 Year Seven students in Birmingham yesterday.

British Sports Minister Tracey Crouch said Birmingham would hold an event the whole nation could be proud of and the Games would "strengthen the relationships with our friends across the Commonwealth".

It comes amid concerns of the future global standing of Britain following the country's decision to leave the European Union.

"The UK has a brilliant track record for putting on the biggest sport events in the world and it is great news that Birmingham has been selected to host the 2022 Commonwealth Games," said Crouch.

"I am sure that we will put on an event that will make the country proud, leave a strong sporting legacy and strengthen relationships with our friends across the Commonwealth."

"The Games will also give us a chance to show the best of Britain to the world, give great opportunities to the people and businesses of the West Midlands and beyond while inspiring many to get involved in sport," said Bradley.

"I look forward to working with the CGF, Commonwealth Games England and Birmingham City Council over the coming years as we prepare for 2022."

Local officials were also delighted with Birmingham being officially awarded the Games by the CGF, which ended the city's wait to be named as hosts.

"Winning the 2022 Commonwealth Games is a tremendous endorsement for Birmingham, providing the city and wider region with an unprecedented opportunity to showcase its recent resurgence and regeneration on an international stage.

“Together with the sporting and cultural legacy that hosting the Games will bring in five years’ time, the event will allow the West Midlands to build crucial trade links with Commonwealth nations and other global markets.

"By hosting a business expo in the period leading up to the Games, the region will show the way, as the face of modern Britain.”

New Zealand and Scotland were among the Commonwealth nations to congratulate Birmingham after the announcement was made.

Kereyn Smith, the chief executive of the New Zealand Olympic Committee and a CGF vice-president, claimed Birmingham would be an "outstanding" host city.

"The city will deliver an innovative and ambitious Games, celebrating diversity and delivering benefits to its community and the wider Commonwealth," she said.

"The Games will have an impact that will sustain and strengthen the wider Commonwealth Games movement."