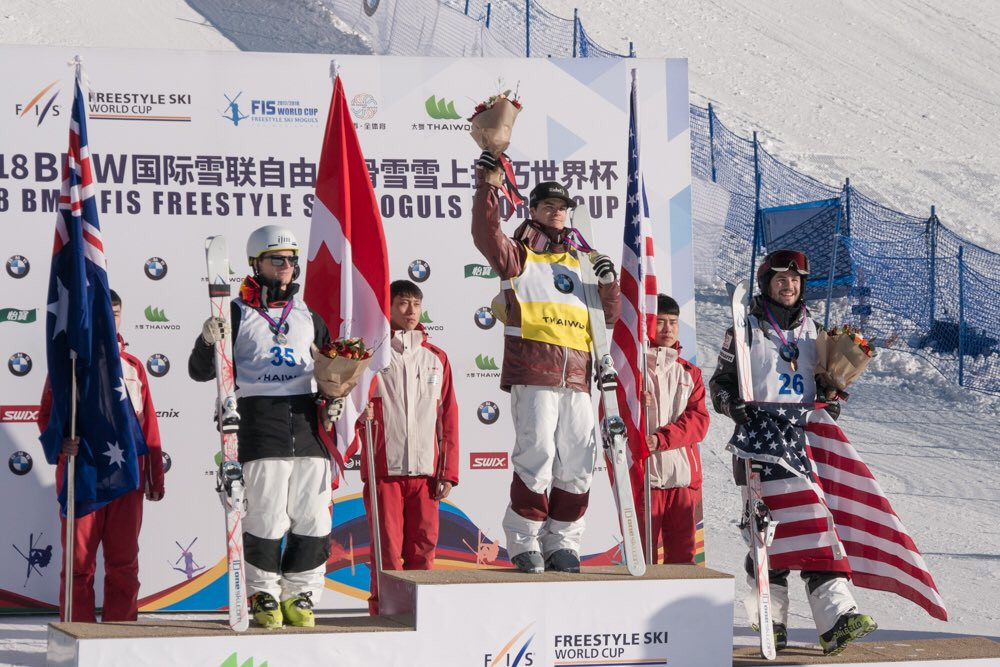 Kingsburg, who will be seeking to upgrade the Olympic silver medal he won in Sochi in 2014 at February's Games in Pyeongchang, triumphed with a score of 83.61 in the men's competition.

Second went to Australia's Matt Graham on 82.75 while American Troy Murphy was third with 80.57.

It follows Kingsbury also winning at the season opener in Ruka in Finland earlier this month.

United States' Jaelin Kauf ensured it was a perfect day for North America by winning the corresponding women's competition.

Kauf, who only qualified in 13th place for the final, took victory with a score of 77.90.

She triumphed by a slender 0.11 points over Yulia Galysheva of Kazakhstan, who was second.

A second moguls competition is scheduled for the Chinese resort tomorrow.