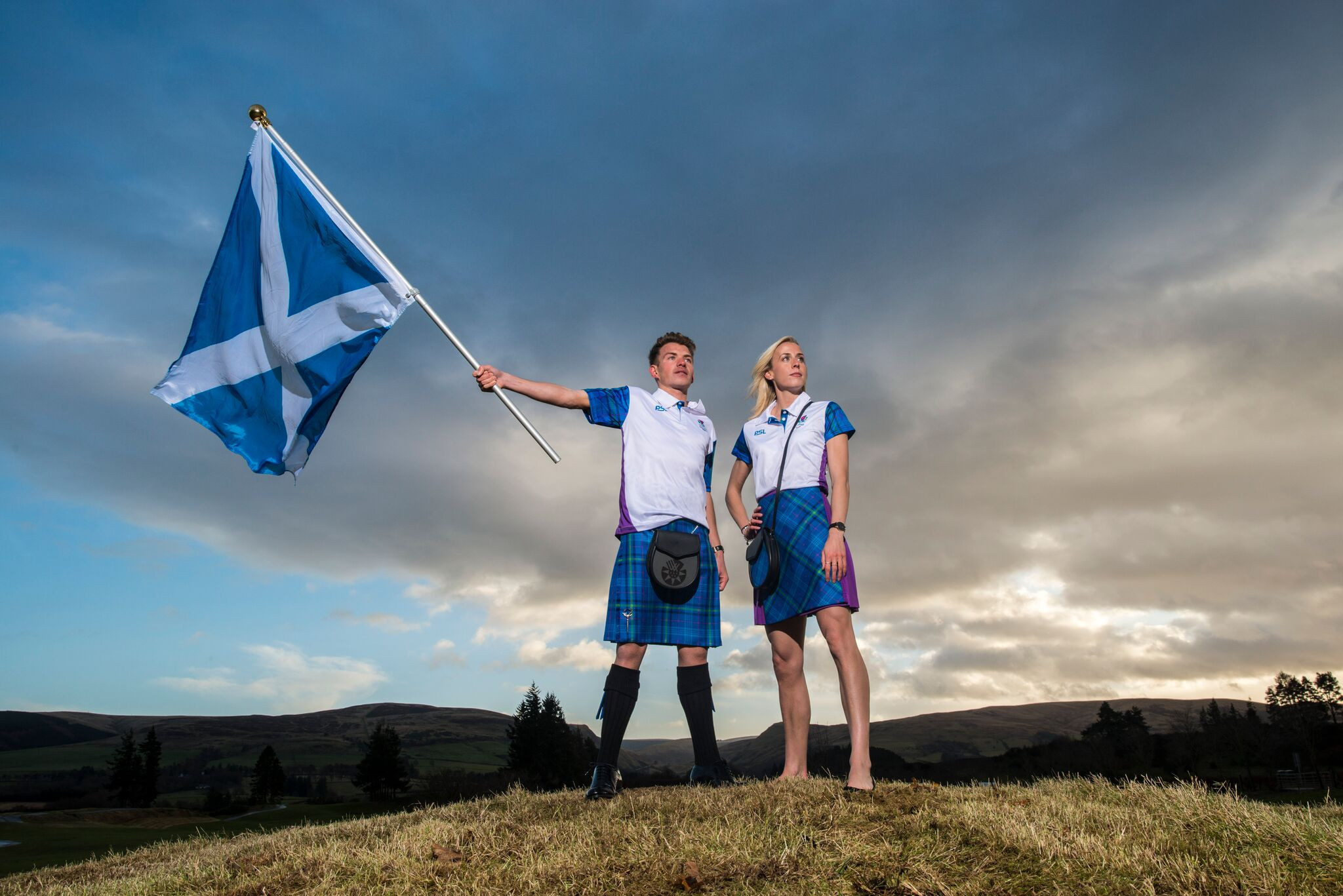 Team Scotland have released images of the uniform the team will wear at the Opening Ceremony of the Gold Coast 2018 Commonwealth Games.

The parade uniform, which was unveiled at The Gleneagles Hotel, in Auchterarder, Perth and Kinross, was modelled by 800 metres 2012 European Championship gold medal winner Lynsey Sharp and Andrew Butchart, who holds the Scottish record for the 3,000 and 5,000m.

The outfit has been designed in collaboration with tartan manufacturers House of Edgar and multi-award winning Scottish fashion designer Siobhan Mackenzie.

House of Edgar also designed the official Team Scotland tartans for the 2014 Commonwealth Games in Glasgow.

The tartan is said to reflect Team Scotland’s brand colours of blue, purple, magenta and green whilst the use of green is also a reference to Australia’s traditional sportswear colour.

Mackenzie expressed her pride at being involved in the design.

“I’m truly honoured as a young female entrepreneur to have had the opportunity to design for the women of Team Scotland,” she said.

“I have injected my innovative design style into the womenswear look with the end goal in mind being not only that I want to represent a modern day Scotland but also that I want the female athletes to walk out into the Opening Ceremony feeling great in their outfit.”

Managing director of House of Edgar James Dracup added: “House of Edgar is delighted to partner Team Scotland in producing a wonderful new tartan for Scotland’s team at the Commonwealth Games in Gold Coast 2018.

“We are proud that the Scottish team will be wearing an authentic Scottish tartan, produced in Scottish factories and very excited that our fabric is to be shown in both a traditional and through the collaboration with Siobhan, a more contemporary format at the Opening Ceremony.

“We wish Team Scotland every success at the Games.”

Sharp, who memorably battled back from illness to win silver in the 800m at Glasgow 2014, was thrilled to be modelling the uniform.

“It’s absolutely beautiful and I think it’s definitely something I will wear again,” she said.

“I love Siobhan’s designs so I was really excited to hear she was designing the women’s outfit for Team Scotland.

“The parade uniform is always a huge talking point, everyone is going to be excited to see it and try it on, and I am sure they’re going to be really proud of it.

“The parade wear brings everyone together and makes you feel like one team and it will be fantastic to see everyone wearing it together at the Games.”

Butchart, who was previously a personal trainer at The Gleneagles Hotel leisure club, will make his Commonwealth Games in March and said: “The tartan looks so, so good, the colours have come out really well.

“You can definitely see it’s Team Scotland and having the green line there to represent going to Australia is a really nice touch that makes it special for these Games.

“It’s going to be a really proud moment to march out first into the Opening Ceremony next April and I’m sure the rest of the team will agree with me on that.”

As the last Commonwealth Games hosts, Scotland will be the first team to walk out at the Opening Ceremony at the Carrara Stadium in Gold Coast on April 4.

The Games will take place from April 4 to 15.