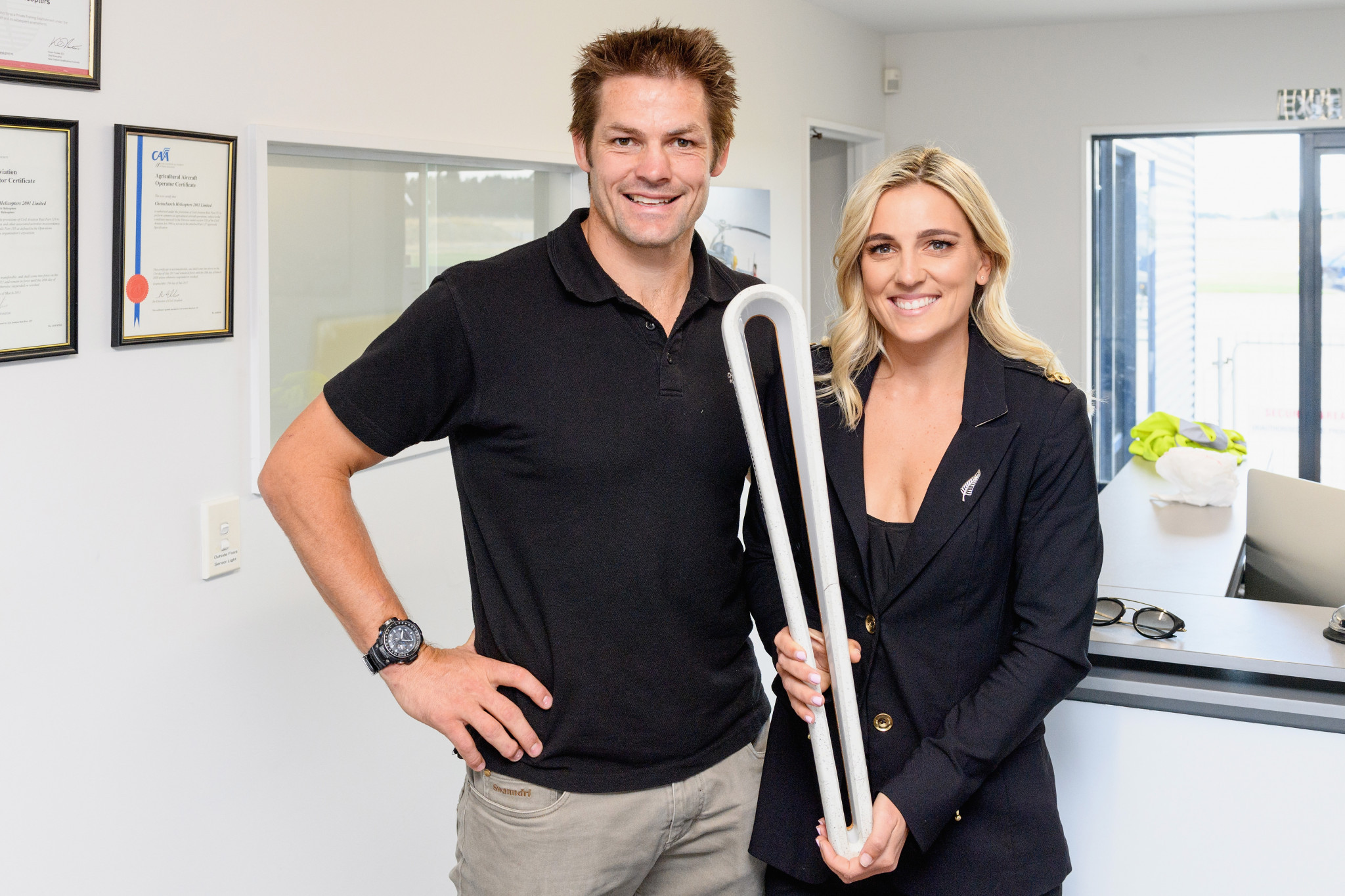 The husband and wife were cheered as they arrived into Churchill Park by helicopter with Richie saying it was fantastic to meet locals and bring the Queen's Baton to them.

"It's nice that they came out and we got to put a smile on their faces so that was pretty cool," he said as the Relay began its journey in New Zealand.

"It's little communities like this which are where a lot of our sports stars come from and this place has had a tough time so it's good to be able to stop in and hopefully inspire some kids."

Speaking about his experiences last year, in which he was part of a Christchurch helicopter team which flew supplies into the area, Richie said: "We were here from the word go and then in and out for about six weeks.

"It hits home when you arrive to collapsed houses, but it's amazing what communities do when they're put in those sort of circumstances, they bind together and get things going again which is what’s happened here."

Gemma McCaw, a two-time Commonwealth Games medalist, added: "It's a real pleasure to be able to bring the Baton to this community.

"Over the last while they've faced some adversity so it's good to be able to do something nice for some of the kids and families which were affected."

She also said that the Commonwealth Games had played an important part in her life.

"The spirit that it brings and the friendship and respect of all of the Commonwealth countries is pretty special," she said.

"It's always a great spectacle both on and off the field for New Zealanders."

"It's fantastic that you've made it here today, this community has been through a lot over the past year and a bit so it's great to get the opportunity to celebrate and have some fun," she said.

Shortly after the McCaws' visit, a 4.4 magnitude earthquake was recorded in Kaikoura.

This quake came at the end of a day in which no fewer than five earthquakes occurred around the Kaikoura area, although no damage or fatalities have been reported.

The Queen's Baton will now travel to Christchurch with Sophie Pascoe, a 15-time Paralympic medalist in swimming, Rio 2016 Olympic silver medal shooter Natalie Rooney and Dick Tayler, who won gold in the 10,000 metres at the 1974 Commonwealth Games in the city, taking part.