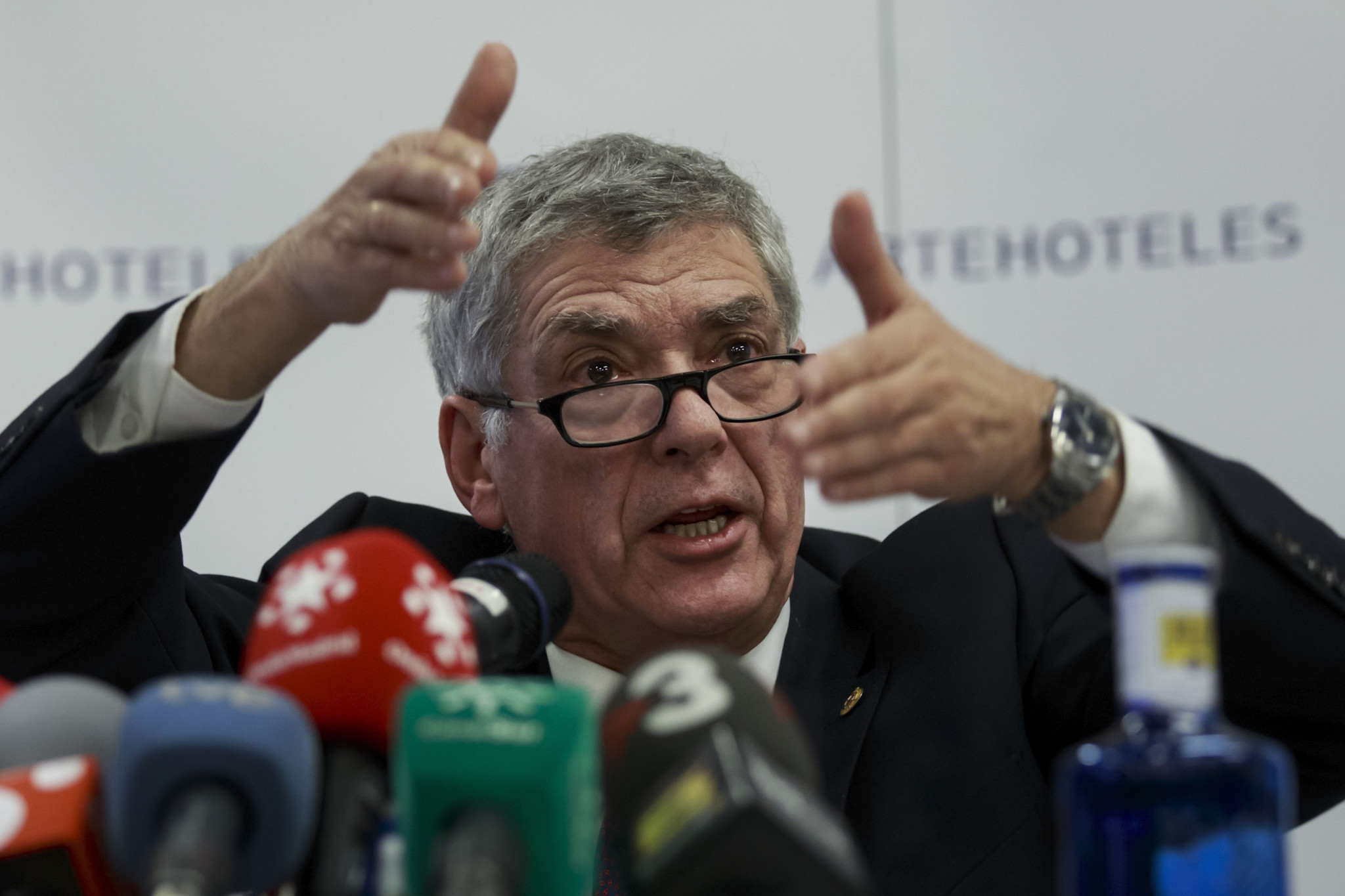 Suspended Royal Spanish Football Federation (RFEF) President Angel Maria Villar has blamed the Spanish Government for a FIFA threat to remove the country from next year's World Cup in Russia.

It comes after FIFA warned against Government interference in elections for a new President of the national governing body.

The RFEF is currently being led on an interim basis by Juan Luis Larrea after Villar was forced to step down in July as he awaits trial on charges of improper management, misappropriation of funds, corruption and falsifying documents.

The Spanish Cabinet, acting on requests from the Spanish National Sports Council, have demanded fresh elections due to irregularities in the vote last May.

FIFA subsequently confirmed recently that it had sent a letter to RFEF reminding them to "manage their affairs independently and ensure that their own affairs are not influenced by any third parties".

"FIFA is in contact with the RFEF and in the next few weeks a delegation of FIFA and UEFA members will travel to Madrid to analyse the situation the RFEF is in," a statement added.

Villar has claimed that a failure to do this could result in Spain being banned from the World Cup.

"Those responsible for the fact the national team might not be able to be at the World Cup are this Government," he said.

"All member federations have to administer their affairs in an independent manner and ensure that there is no interference from third parties."

Villar is also a former vice-president of FIFA and UEFA, but resigned from both posts following his arrest earlier this year.

The prospect of a World Cup ban has been laughed off by other figures, though.

"I am absolutely convinced that Spain will go to the World Cup in Russia and, moreover, they will win it,"

La Liga President Javier Tebas added: "Villar is old FIFA and his way of behaving for 70 years has been fear and threats.

"This is one more that is not going to happen.

"FIFA is not going to do it [kick Spain out] because the new FIFA is not on this road."

Sergio Ramos is among Spanish footballers to voice doubts that their World Cup place is really at risk.

"I can't believe we could miss out due to such a dispute, I struggle to believe that," he said.

The 2010 winners have been drawn with neighbours Portgual and Morocco as well as Iran in a tough Group B.

Indonesia, Kuwait and Benin are among other countries to have been suspended by FIFA in recent years over Government interference.