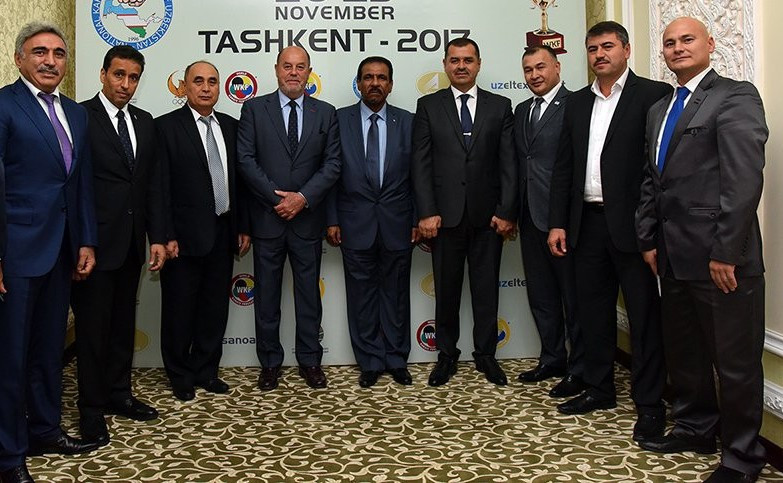 World Karate Federation President Antonio Espinós visited Uzbekistan to discuss the future of the sport in the central-Asian nation.

The Spaniard met with the country's Prime Minister, Abdulla Aripov, to evaluate the importance of the martial art and the "growing" Uzbek passion for it.

Covered in the discussions were the potential for a Karate Training Center in capital city Tashkent, as well as the possibility of hosting major events in the country.

Espinós also visited the headquarters of the National Olympic Committee where he was welcomed by the general secretary of the organisation Oybek Kasimov, as well as the offices of the State Committee for Physical Culture and Sport.

A packed itinerary also included a visit to the Center for the Development of Martial Arts of Uzbekistan and the Uzbekistan Karate Cup in Taskhent.

"It was a great pleasure to travel to Uzbekistan and see the amazing enthusiasm for karate and the excitement for the bright future for our sport," said Espinós.

"It was an honour to meet with so many officials who are so passionate about sports and to map out with them our joint vision for how to develop the sport even further.

"The WKF is committed to continuing its close cooperation with Uzbekistan to build on the success of karate in the region."