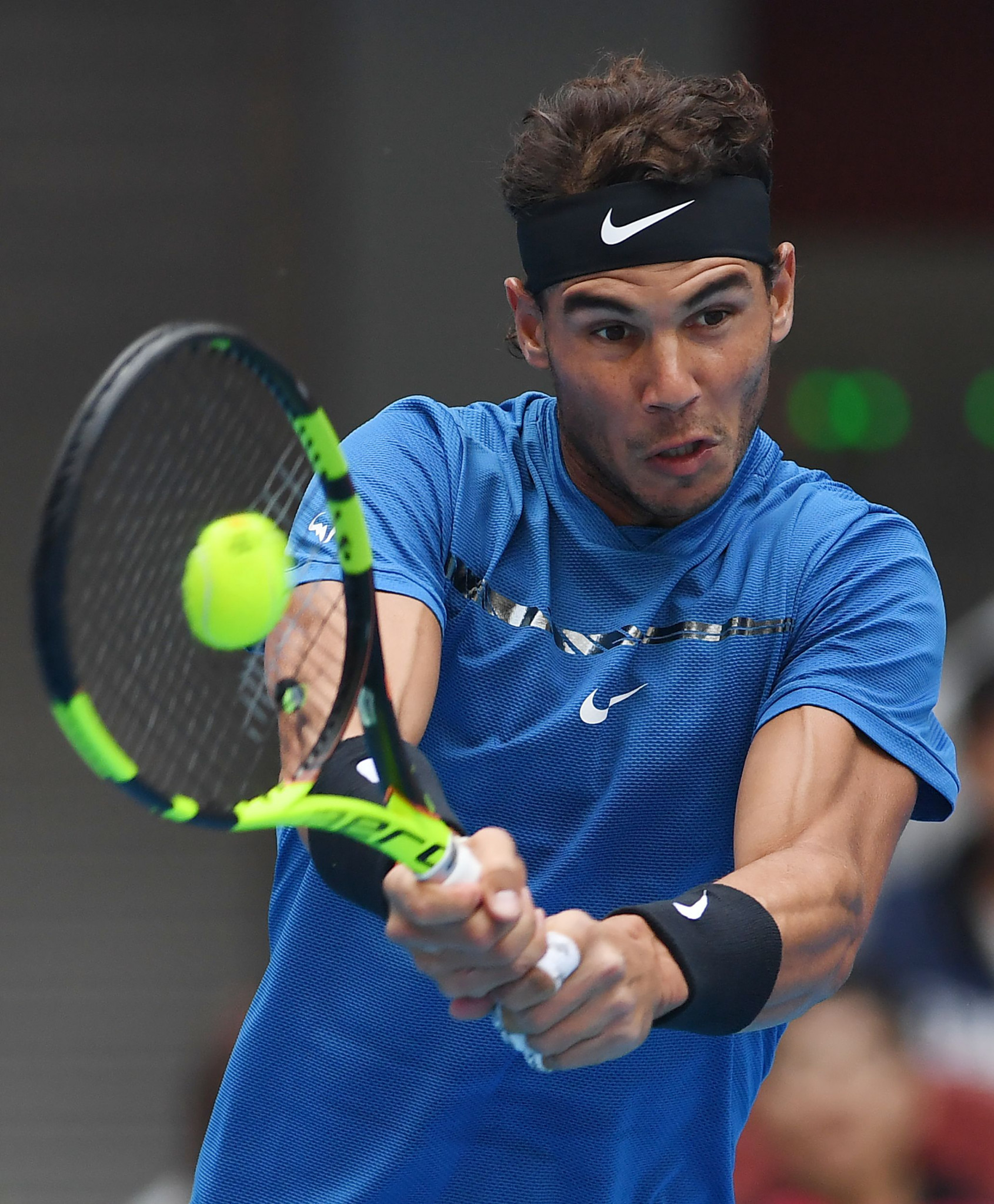 Nadal has received the honour for the third time after being given the award in 2008 and 2010, but it is the first time Muguruza has been named as an ITF world champion.

This is the first time since 1998, when Pete Sampras and Lindsay Davenport of the United States won the awards, that two players from the same country have been given the title.

Nadal and Muguruza played together in the doubles tournament of the Rio 2016 Olympics, losing to Radek Štěpánek and Lucie Hradecká of the Czech Republic in the last 16.

At 31, Nadal is the oldest player to be given the award following an excellent year, which saw him win a record tenth French Open title on the Paris clay before claiming a third US Open crown.

His performances throughout the year ensured he ended the year as world number one after claiming six titles in 2017.

After receiving his award, Nadal said: "I am very happy to receive this award from the ITF and be the 2017 ITF world champion.

"It is four years since I last finished as world number one and this has a special feeling.

"Congrats also to Garbiñe on her achievement which is great for our country.

"Many thanks to my team and my fans, and a special thank you to my uncle Toni for all these years."

Muguruza is only the second Spanish woman to be named ITF women's world champion, the first being Arantxa Sanchez-Vicario who won the French and US Opens when she was given the prize in 1994.

Twenty-four-year-old Muguruza, born in Venezuela, won this year's Wimbledon title, dropping just one set along the way before becoming world number one in September after victory in the Cincinnati Masters.

She eventually finished the year as world number two behind Romania's Simona Halep, who is the seventh woman to reach the number one spot without having won a Grand Slam title.

Muguruza said it was great to be ITF world champion alongside compatriot Nadal.

"Becoming ITF world champion in such a competitive year is amazing for me and is even more special because Rafa has also been awarded on the men's side," she said.

"He is a great role model for all of us, so it is a great moment for tennis in Spain.

"I knew that putting in the hard work would pay off eventually and it made winning Wimbledon and achieving the number one ranking so special.

"I'm motivated to take everything I've learned this year and apply it to my work next season."

The men's doubles ITF world champion award went to Lukasz Kubot of Poland and Brazil's Marcelo Melo, who ended the year as world number ones after winning six tournaments.

This included the Wimbledon title, which they won after a gruelling four hour, 40 minute tie against Oliver Marach and Mate Pavic of Austria and Croatia respectively.

Reacting to the award, Kubot said: "We are very happy and thankful to our team members who put in a lot of work and energy on and off the court, and to our fans.

"When we teamed up our target was to finish 2017 at the ATP Finals and, from the very start of the year, we tried to find a strategy to build-up our confidence.

"All the small details came together during the year and we had great results.

"We are already looking forward to next season."

"It's something we dreamed about and now we made it happen.

"This year has been amazing for me and Lukasz.

"Finishing the year as the number one team in the world means a lot to me."

The women's doubles award was won by Chinese Taipei's Chan Yun-Jan and Martina Hingis of Switzerland, who ended 2017 as the world number one pairing having won each of their nine contested finals, including the US Open.

Chan is the first woman from Chinese Taipei to receive the award whilst Hingis adds to the singles honours she won in 1997, 1999 and 2000.

However, despite their success this season, the partnership will not continue next year after Hingis announced her retirement following a career which has seen her win all four Grand Slam titles across both singles and doubles.

Hingis said: "It's a great honour to be recognised again as ITF world doubles champion and to have the news top off what's been an amazing final season for me."

Chan added: "It's an honour to be named ITF world doubles champion and I am even happier that I get to share it with Martina.

"We had an amazing season together and I am very pleased we got to finish it on such a high note."

The ITF say selection of its world champions is "based on an objective system that considers all results during the year, but gives special weight to the Grand Slam tournaments, and two ITF international team competitions, Davis Cup and Fed Cup by BNP Paribas".

The ITF world champions will receive their awards at the 2018 ITF World Champions Dinner on June 5 in Paris.