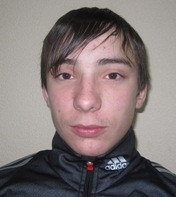 Ivan Golubkov and Ekaterina Rumyantseva won their sixth gold medals at the Para Nordic World Cup in Canmore as the final day of competition was once again fruitful for neutral Russian athletes.

Both athletes have won all of the events they have entered at the Canadian resort - three in cross-country and three in biathlon.

The country remains suspended by the International Paralympic Committee (IPC) due to the doping crisis embroiling the nation, however, meaning Russians have been forced to compete under a neutral banner.

An update by the IPC is due to be made on December 22 in London, with Russia's place at the Pyeongchang 2018 Paralympic Games under threat.

American Daniel Cnossen shot clean but ended in 44:30.1 and had to make do with the silver medal, as Eui Hyun Sin of South Korea ended in 44:39.3 with two targets missed for bronze.

Rumyantseva won women's standing gold, despite six missed shots, in a time of 35:06.5.

Another neutral in Anna Milenina was second, missing eight times but clocking 37:43.3, with Canada's Emily Young clinching a home bronze.

The top four were all neutral athletes, with Nikolai Polukhin second with guide Eduard Berezin after two misses and a time of 39:53.4.

Alexsandr Artemov was guided to bronze by Ilia Cherepanov, missing only one target but clocking 40:06.1.

Mikhaline Lysova's gold in the women's visually impaired was her fourth in Canmore alongside guide Alexey Ivanov.

Her time of 35:00.7 came with just one missed target, while her compatriot Elena Remizova missed six times and ended in 39:06.3 with Andrei Tokarev as the runner-up.

Vivian Hosch of Germany missed twice with guide Florian Schillinger and ended in 40:28.8 for bronze.

Elsewhere, successful World Cups were concluded by American Oksana Masters and France's Benjamin Daviet who both made it a hat-trick of biathlon wins.

Masters missed seven targets but won the women's sitting in 41:02.3

Neutral Irina Guliaeva was second in 41:42.3 after two misses and her team-mate Marta Zainullina was third in 41:57.6, missing five times.

Daviet missed twice en-route to winning the men's standing in 34:19.3.

Oberried in Germany will welcome the next World Cup from January 20.