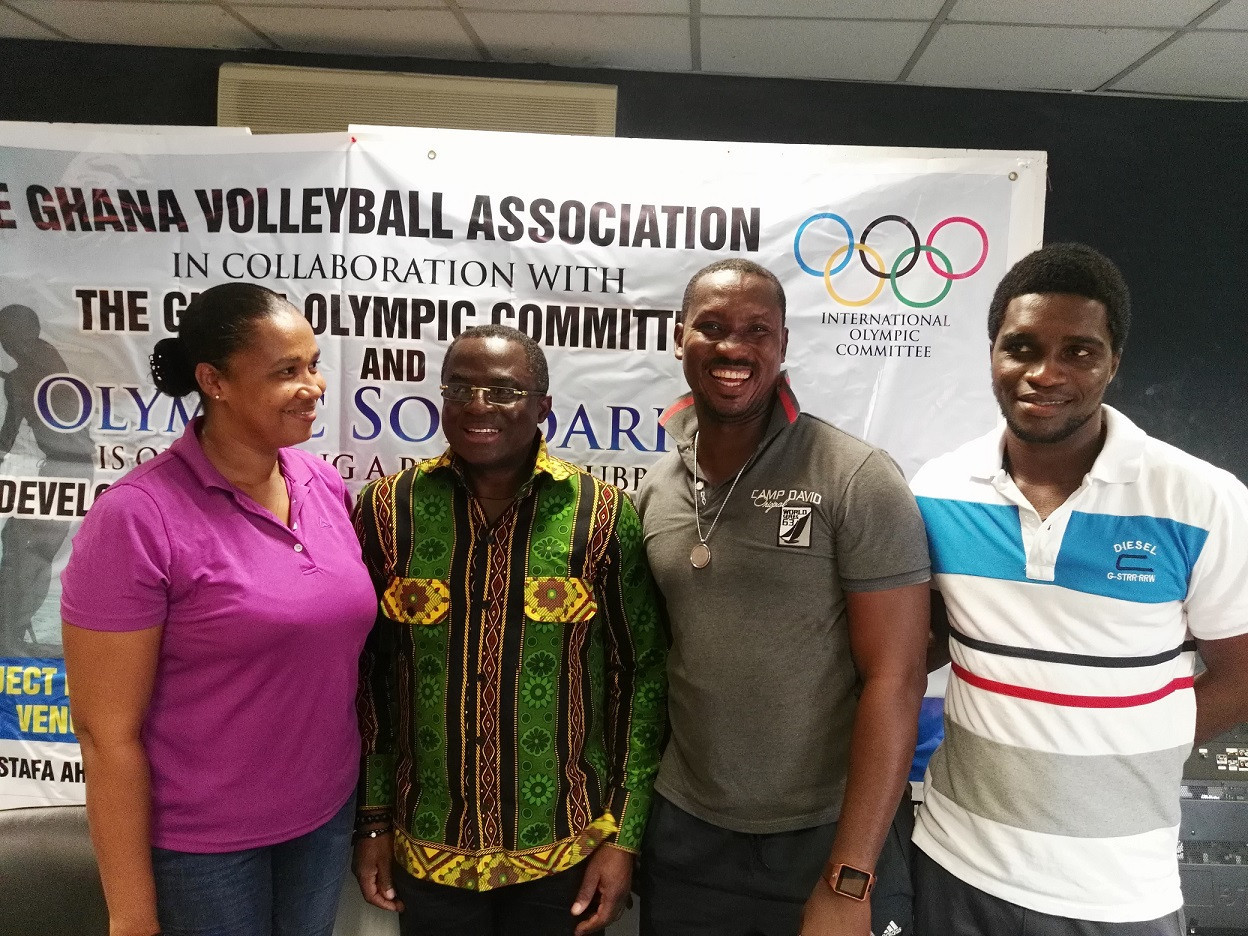 A volleyball course held over three months by the Ghana Olympic Committee (GOC) has concluded in capital city Accra.

A highlight of the course was Moroccan Mostafa Ahchouche, an instructor from the International Volleyball Federation, who spoke on the "development on the national sports system".

He urged coaches to install confidence in their players and not to focus too much on their mistakes.

Ahchouche also stressed the importance of good defence in volleyball.

To this end, several video clips were analysed from the Rio 2016 Olympic Games.

On the final day of the course, certificates and prizes were presented to participants.

Ahchouche then presented special gifts from the International Olympic Committee (IOC) to the director general of the National Sports Authority Robert Sarfo and the general secretary of the GOC, Richard Akpovavie.

Olympic Solidarity money comes from the IOC and is distributed to National Olympic Committees around the world, particularly those in poorer countries.