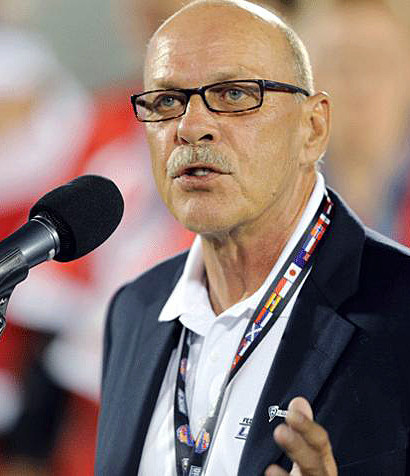 The Federation of International Lacrosse (FIL) Board has presented its most prestigious honour, the lifetime achievement award, to Canada's Stan Cockerton and Australia's Shelley Maher.

This is the first year since 2009 that the FIL has handed out the award.

The Australian was appointed to the FIL Board as the director of women's lacrosse in 2008.

She was re-appointed in 2012 and served until this past July.

Maher also provided oversight for the 2017 Women's World Cup in English town Guildford, where 25 teams participated to make it the largest-ever tournament.

Additionally, she has overseen the FIL Under-19 Women’s Lacrosse World Championships in German city Hanover in 2011 and Scotland's capital Edinburgh in 2015.

FIL President Sue Redfern, who was one of the five lifetime achievement award recipients in 2009, congratulated Cockerton and Maher.

"The FIL takes this award very seriously as it recognises a lifelong commitment, much of it voluntary, to growing the game of lacrosse throughout the world," she said.

"I cannot think of anyone more deserving of this recognition than Stan and Shelley, two long-time international lacrosse pioneers and distinguished ambassadors for our sport."

Cockerton is currently executive director of the Ontario Lacrosse Association and continues to work with the FIL on the Development Committee and as chair of the Olympic Vision Committee.

Cockerton was an outstanding box lacrosse athlete, but achieved his greatest success in the field game.

He played for North Carolina State University from 1977 to 1980, scoring 193 goals, an all-time National Collegiate Athletic Association (NCAA) record he held until 2008, and 280 points.

Cockerton still holds the NCAA all-time record for goals per game with 4.39.

Maher is currently the dean of students and well-being at Emma Willard School, a private girls' boarding school in Troy in New York.

As part of her role, she is the assistant coach for the varsity lacrosse team and also coaches badminton and pickleball.

Maher, who played for the Williamstown Women's Lacrosse Club in 1990 and represented Victoria as a senior player on several occasions, also had the distinct honour of organising lacrosse's first participation in a multi-sport world event since 1948 in July.

Following the Women's World Cup, she directed the FIL's women's lacrosse six-team tournament at the 2017 World Games in Wrocław in Poland.