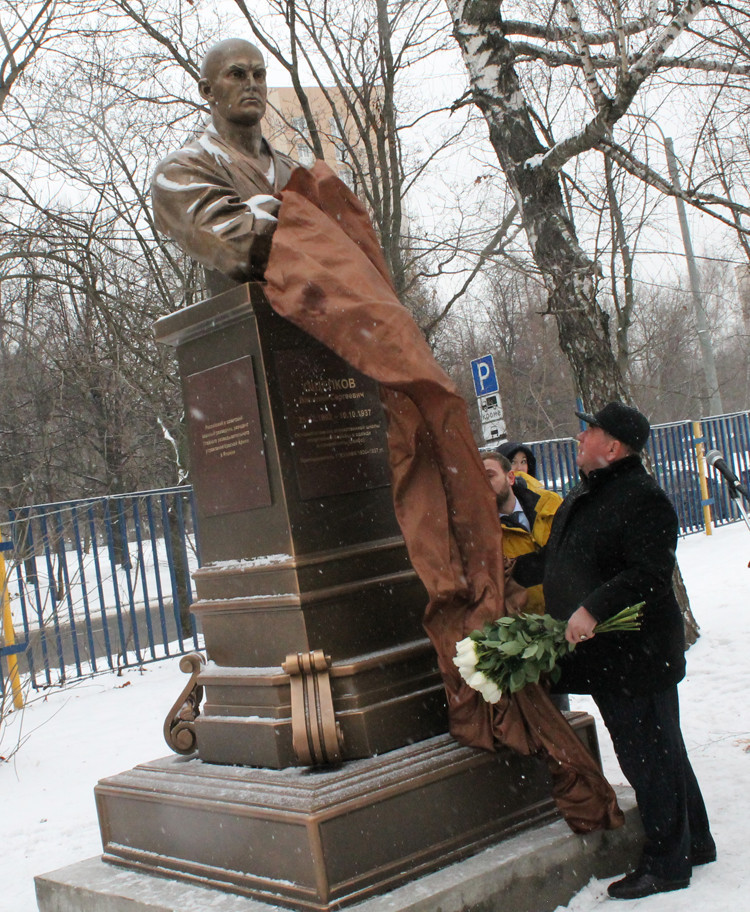 The bust of Vasily Oshchepkov, the founder of sambo, was unveiled at the Sports Legends Lane of the Russian State University of Physical Education, Sport, Youth and Tourism (SCOLIPE) in Moscow.

Oschchepkov formulated the rules for sambo while working at the Universtiy of Physical Education in the 1930s, all of which are still in practice today.

He was also one of the first coaches to train women in the sport.

Speaking at the unveiling, Golikov said: "Today, we all witness not just an ordinary monument opening.

"Today the bust of Vasily Sergeyevich Oshchepkov has found its true home.

"The significance of this event is stressed by the fact that it happens in the presence of leading figures from the world of sambo, who have devoted their entire lives to the expansion and popularisation of this sport."

Shestakov then reminded the attendees that the unveiling was taking place on the eve of the 80th anniversary of sambo.

"We all know that sambo will be 80 years old next year," he said.

"Most recently the World Championships were held in Sochi and they were attended by athletes from 90 countries and from every continent.

"There were also live broadcasts of the tournament itself in 18 countries.

"Even some Olympic sports cannot boast about such achievements.

"It is of great importance that the bust of Vasily Sergeyevich Oshchepkov is placed here - in the very place where he had been working.

"There are also people in the university faculty today who follow in his steps - who teach, develop, and promote sambo around the globe."

Following the unveiling, student sambists held exhibition contests, despite a large amount of snow on the ground.

The creation of Oschepkov's bust is part of the Russian Glory Lane project, which is designed to "instil true patriotic spirit into people".

The next sambo event will be the International Tournament (A Category), which is set to take place in Astana, Kazakhstan, from January 27 to 28.