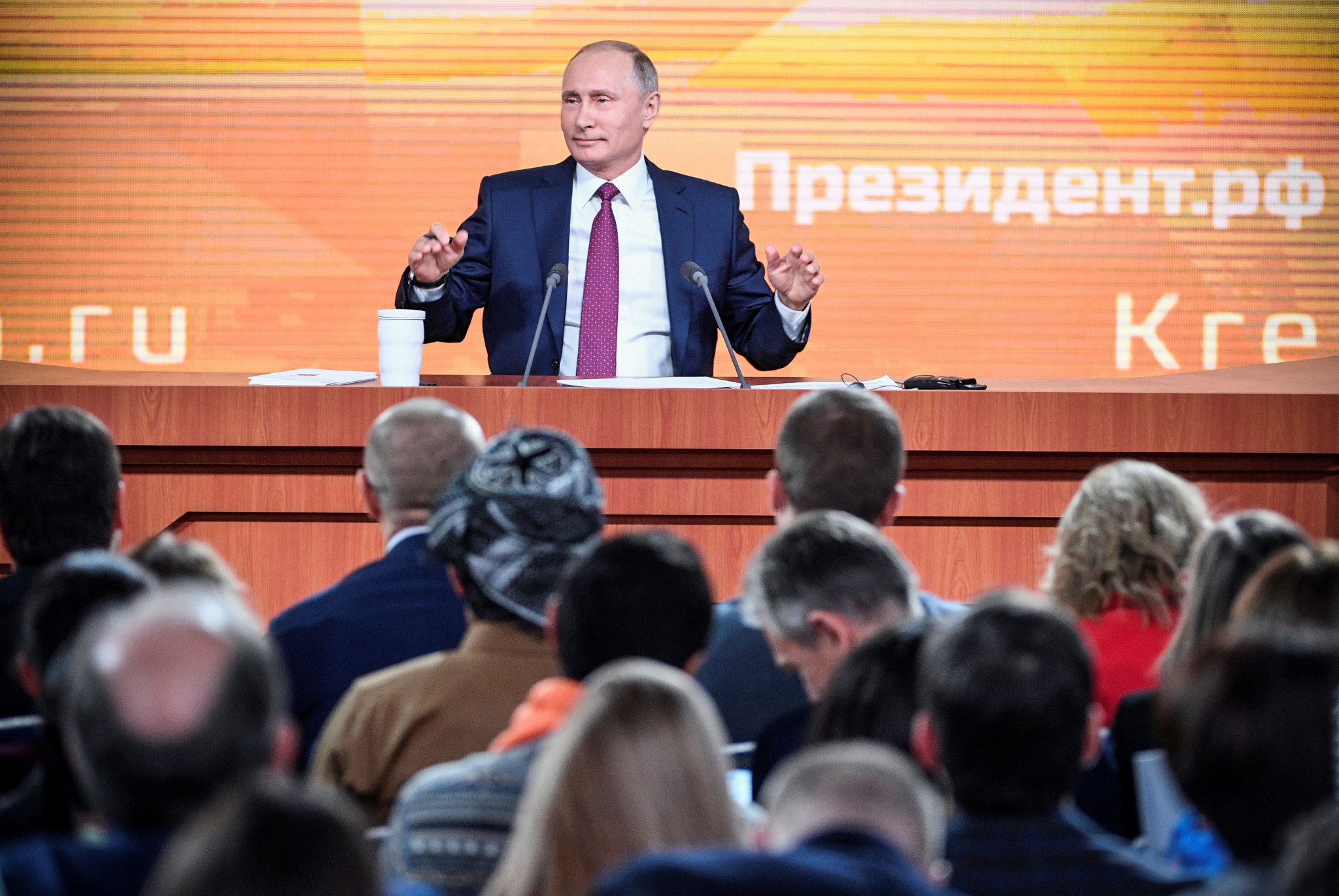 Speaking in his annual press conference today, Putin once again accused the US of manufacturing the doping scandal currently ripping apart Russian sport for "political reasons".

He claimed it has been done before he stands for re-election in Presidential elections in March.

Rodchenkov, former head of the Moscow Laboratory, left Russia and is now part of a witness protection programme in the US.

He provided much of the evidence which formed the basis of the International Olympic Committee (IOC) verdict that there was a "systemic manipulation" of anti-doping practices at events, including the 2014 Winter Olympic Games in Sochi.

"He's working under the control of the American special services, what kind of substances are they giving him so he says what they need?" Putin responded when asked about Rodchenkov.

A total of 31 Russian athletes have so far been retrospectively disqualified from Sochi 2014.

The country has been ordered to participate under a neutral at next year's Winter Olympic Games in Pyeongchang as part of a sanction for the scandal.

Putin has already declared that he will not oppose the participation of neutral Russian athletes at Pyeongchang 2018 in what has been interpreted by many as part of a pre-arranged deal with the IOC.

He admitted that Russia is "to blame" as they gave US-led forces an "excuse" by committing so many doping offences.

But he then speculated that the "scandal is being created ahead of the domestic political calendar".

"Whatever people say, I'm convinced, I just know this is the case," Putin told the audience.

Putin also claimed that the appointed of Rodchenkov as head of the Moscow Laboratory was a "mistake".

"You ask how did it happen that such person took charge of the anti-doping body?" he added.

"This was definitely a mistake of those who appointed him.

"I know who did this, but what's the use of talking about it now."