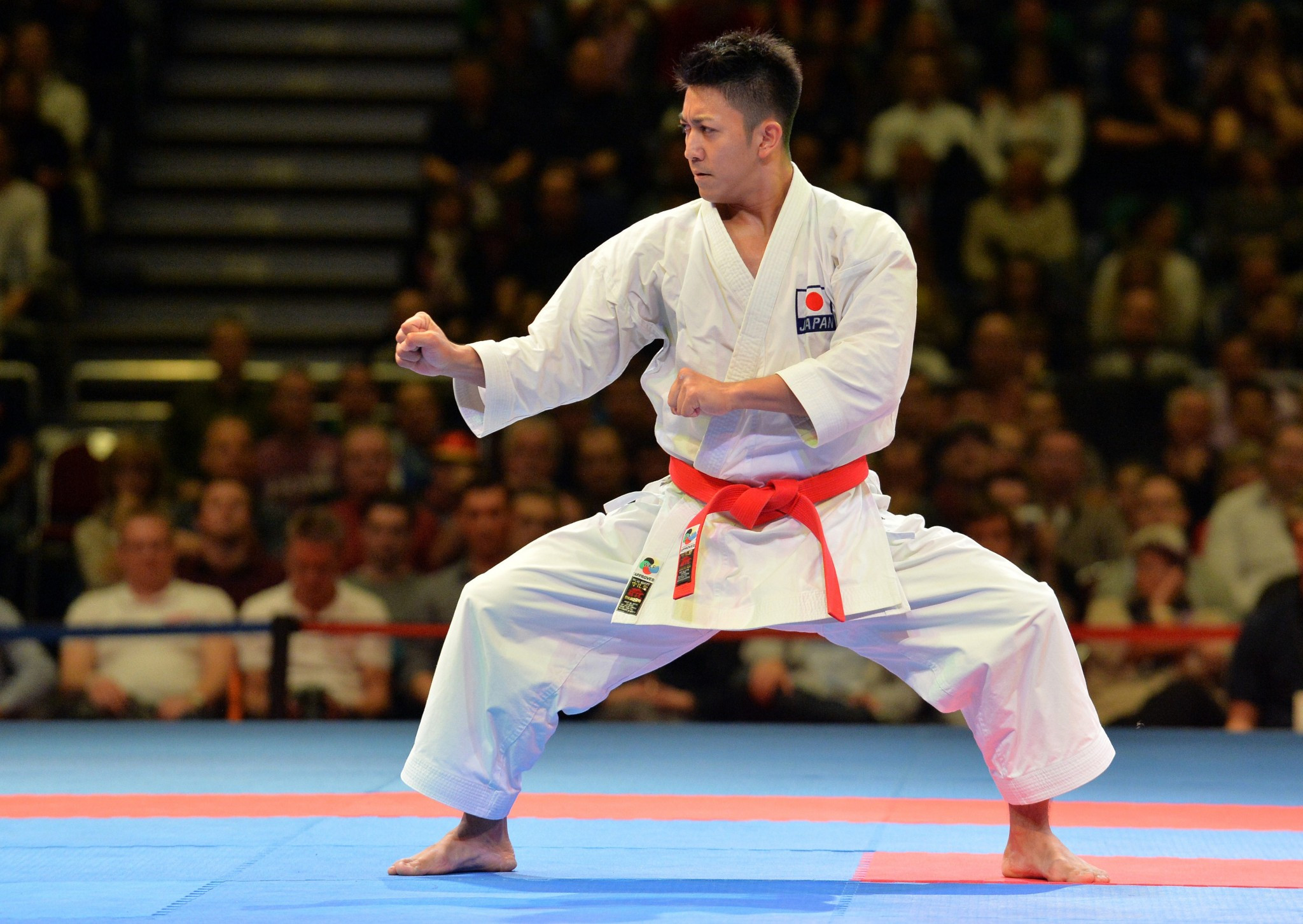 Japan's double world champion Ryo Kiyuna has claimed the atmosphere is more intense when he competes in karate competitions at home and is looking forward to the sport making its Olympic debut at Tokyo 2020.

Karate was one of five sports added to the programme.

Skateboarding, sport climbing and surfing will also make their Olympic debut in the Japanese capital, while baseball and softball will return to the programme for the first time since Beijing 2008.

Japan have proved the dominant force in karate and country are comfortably top of the all-time medals table at the World Championships.

They boast 188 medals, including 86 golds, with France trailing in second place on 53 golds.

Last month, he earned his seventh consecutive Karate 1-Series A gold medal in Okinawa to continue his domination of the event.

He also triumphed at this week’s at the Japanese Championships at the Nippon Budokan, which will host the sport during Tokyo 2020.

With the Japanese capital set to stage the Olympic and Paralympics Games in 2020, Kiyuna claimed the atmosphere for karate competition in the country is more intense than when abroad.

"When I compete overseas, the fans clap even during my performance," Kiyuna told the Japan Times.

"But when I compete on the national championship stage, they stay silent until the end and give me big applause once it’s over.

"And it makes me feel so great.

"There’s nothing else but you just have to keep doing what you have done in kata.

"You keep doing it over and over and make it better for yourself."

The 27-year-old was one of several Japanese medal hopefuls for Tokyo 2020 to triumph at the National Championships.

Ryutaro Araga, the reigning world champion in the men’s 84kg division, suffered as surprise loss in his event.

He was beaten by Daisuke Watanabe in the final in a closely fought battle.

Two kata and six kumite events are due to be contested at Tokyo 2020.