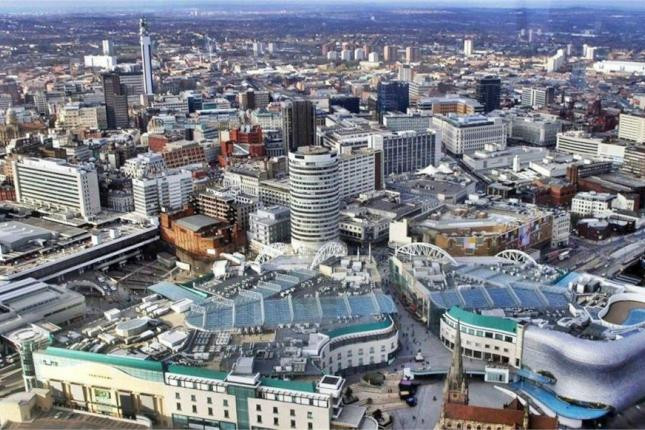 A new initiative to help boost trade in Birmingham has been launched in anticipation of the city being awarded the 2022 Commonwealth Games,

The Chamber believes that Commonwealth countries represent a largely untapped market, and one which has been overshadowed by the United Kingdom's relationship with the European Union (EU).

Birmingham claims that every country and territory in the Commonwealth is represented among the city's population.

“Birmingham’s bid to host the Commonwealth Games in 2022 has shone a light on the strong links which already exist between the city and the Commonwealth," Paul Faulkner, chief executive of the GBCC, said.

"Developing trade links with Commonwealth countries has never been more important as the UK prepares to leave the European Union."

Birmingham, the UK Government and Commonwealth Games Federation are currently continuing to hold talks about negotiating a final deal before they are officially awarded the event.

All sides remain confident that an announcement will be made the end of this year.

Boosting trade post-Brexit is a key part of Birmingham's bid.

Currently, the EU accounts for 44 per cent of all UK exports, whereas the Commonwealth countries only make up nine per cent of export output.

The Chamber hopes the new trade initiative will help its members to develop trade links with Commonwealth, and will include a major events programme focusing on Commonwealth knowledge transfer and trading opportunities.

The GBCCC will also promote local businesses to the Commonwealth countries through its connections with overseas High Commissions and Consulates in the UK, British diplomatic posts overseas and British Chambers of Commerce overseas through the British Chambers Overseas Business Network.

"The launch of the Greater Birmingham Commonwealth Chamber of Commerce builds on all of the great international activity we do at present," said Faulkner.

"Through our International Business Hub, our European programmes, the British American Business Council Midlands Chapter and our Department for International Trade contract, we already have tremendous knowledge and experience in this field."

In August, as part of its bid, Birmingham 2022 unveiled its plans to showcase the best of UK industry and business to a global audience.

It is intended that Business Expo 2022, and the associated five-year enterprise and industry programme building up to it, would form a key part of the legacy left by a Games in the English city.

It is claimed that Business Expo 2022 will create inter-connecting opportunities between Commonwealth nations and key global markets from the United States, Middle East, China and non-Brexit Europe as Britain sets out its future outside the European Union.

Among the main elements of the programme will be a four-day conference and exhibition, attracting 10,000 delegates from Commonwealth nations, core markets, core industry sectors and UK sectors,featuring Ministerial-level representatives and business leaders.

Others include the Business Expo 2022 Thought Leadership Conference, showcasing new keynote research commissioned specifically for the expo into "The future of industry, business opportunities in UK post-Brexit".

They will be smaller-scale regional events combining relevant business themes with a trade fair and conference to showcase the UK as a business and investment destination.

An education and technology programme, linked to the future of industry and enterprise, is also due to be developed in conjunction with university partners and school partnerships.